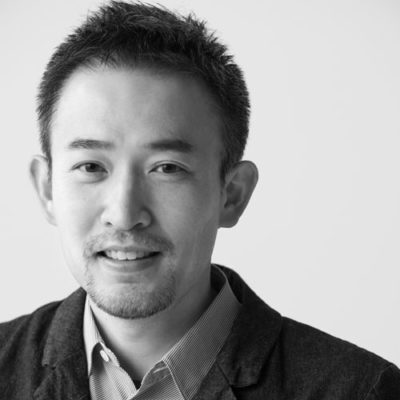 Masatsugu Ono is the author of Lion Cross Point (longlisted for the 2019 Best Translated Book Award) and Echo on the Bay, both translated into English by Angus Turvill for Two Lines Press. Echo on the Bay, which will be published on June 9th, follows a young girl who moves with her family to a provincial coastal Japanese town with a haunting past and brimming with open secrets. It’s funny, disturbing, and deeply memorable, a haunting, slim volume about generational trauma and the various absurdities of life in a small town. The following conversation took place over email.

Elijah Watson: In both Echo on the Bay and Lion Cross Point the landscape and energy of a small town is so vivid and alive. Where did you grow up? Does it influence the setting of your books?

Masatsugu Ono: The small seaside town in these novels is modeled after my own hometown on the east coast of Kyushu island. The region is famous for its winding coastlines full of small inlets, which people call “bays.” The hamlet where I grew up faces that kind of bay, too. It’s a small community where everyone knows everyone, and where what we might call the tradition of tall tales remains even now. When I started writing fiction, it was very natural for me to write about this place and the people living there. I have chosen this place as the setting for most of my novels and short stories.

EW: Who are some of your favorite contemporary authors?

MO: Among Japanese writers, I love Kenzaburo Oe’s works. I’m always drawn by the original and imaginative way in which he integrates into his fiction the local culture of his homeland in Shikoku, which has a rich oral and popular tradition. I love the French novelist Marie NDiaye’s novels, of which I myself translated into Japanese Rosie Carpe and Three Strong Women. Patrick Chamoiseau has always been an important writer for me. I’m also an avid reader of Haruki Murakami, J. M. Coetzee, and Kazuo Ishiguro.

EW: Echo on the Bay feels influenced by oral tradition as the narrator learns her town’s history largely by listening to stories. So much of the story is told by storytellers within the book, creating another layer of remove for the reader. Can you expand on the construction of this atmosphere?

MO: The story may not seem to be developed in a logical and constructive way. But it is exactly what I needed: a loose structure open to several small stories. I tried to render the way in which people in the town, especially the older ones, talked with each other, changing subjects abruptly and exchanging rumors and laughs. When I was a child, I loved hearing people around me talking in this devious way: one story brings a second story, which brings a third story, which turns out to be connected to the first story… The population in my hometown has decreased significantly since I was a child. But I’m always surprised that when I talk with the townspeople there are so many characters—including those who are dead—populating their conversations.

EW: Related, I love the Silica Four and their place in Echo on the Bay as bards or story-keepers. Obviously they have many historical predecessors but did you have any in particular in mind when writing these characters?

MO: In the Japanese original, I use the expression “The Gang of Four” for the Silica Four. I’m very impressed by the inventiveness of the translator Angus Turvill, who has made a brilliant wordplay between Silica Flour and Silica Four, because they are all bogus patients of silicosis (this wordplay is impossible in Japanese. Bravo Angus!). In my hometown there are many men like them who love spreading rumors and parables to mystify others. I was thinking of these people when writing the Silica Four.

EW: There’s some dark stuff in Echo on the Bay, like the recurring scenes of the boy chained in the barn by his dad, made worse by the way the town normalizes and accepts the boy’s treatment. Do these scenes stick with you, the author, the way they have stuck with me, the reader? Or is the act of writing them a way to release them into the world and achieve some sort of catharsis?

MO: I don’t know whether writing these scenes can have the effect of bringing on a catharsis. It is for me a simple act of describing the reality of the small community as it is. Even in an apparently peaceful place like my hometown, violence prevails. I think there is no community, no matter how small it is, in the world which remains pristine, immune to any external and internal violence. The story of the boy chained in the barn by his dad is the one that I myself heard in my hometown. If the community accepts, or at least doesn’t criticize what the father does to his son, it may be because, by doing this, they try not to face the violent tendencies within themselves—the fact that they could be that father or that they could have been that boy.

EW: What role does the age of the narrator in both books play?

MO: In both novels, I needed a point of view of an outsider who doesn’t know about the community where she/he is living for certain period. In Lion Cross Point, we can attribute its narrative voice to an adult who tries to enter in vain the memory of a traumatized nine-year-old boy, who can only guess or imagine his thoughts or feelings. All the narrator can do is be with this boy as close as possible. In Echo on the Bay, I myself wonder why I chose a fourteen-year-old girl as the narrator. I don’t know. When I was in the elementary and junior high school, we (my seventeen classmates and I) knew very few newcomers, due to depopulation and an aging population in our town. That rare newcomer was almost always the son or daughter of the policeman posted in our hamlet for two or three years. I remember a girl joining our class when I was seven or eight. She was a brilliant girl. But she left our hamlet with her family after two years and I’ve never seen her since. My choice of the narrator for Echo on the Bay may have been unconsciously influenced by this personal experience.

EW: Your work explores how quiet, small towns can hold hidden traumas, how the people living there can have many skeletons in their closets. Yet there is also so much humor in these stories, such as the boar that smiles at the villager who tries hitting the boar with his car. Is this a balance that you are always trying to keep equal? How do the humor and the horror in your stories coexist for you?

MO: I think that there is no tragedy in which we cannot find elements urging us to laugh, that there is no comedy completely free of grief and tears. The humor and the horrors are like twins who are always together, like light and shadow. As for the balance between humor and horror, I always think of the alternative plays of light and shadow on the winding road along the long, intricate coastline in my hometown: the road is under the glare of the sun until we turn a curve to find ourselves at once in the shadow, but beyond the next curve the sunlight is waiting for us…