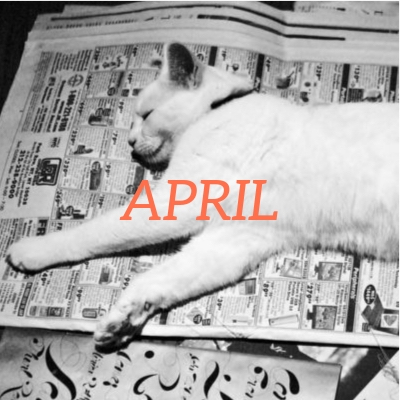 April was a great month for translation and poetry lovers, with the release of some great new translation titles and the celebration of National Poetry Month!

The Man Booker International Prize shortlist was dominated by women authors and translators, and we’re looking forward to the award announcement on May 21.

Poet and translator Forrest Gander won the Pulitzer Prize in Poetry for his book Be With.

Read up on the video game about the art of translation.

Vending machines in London will soon offer “micro-novels” for sale.

Netflix has been on a book buying spree over the past year as it seeks more global content.

A long-lost trove of Franz Kafka’s work may soon be published after a lawsuit.

Bright is on Barnes & Noble’s list of 15 Newly Translated Novels You Need to Read in 2019.

The Creative Clamor of Igiaba Scego’s ‘Beyond Babylon’: Jumpa Lahiri’s essay, adapted from her introduction to to Beyond Babylon (Two Lines Press, May), appeared in the New York Review of Books blog.

The New York Review of Books also interviewed Jumpa Lahiri about Beyond Babylon on its weekly blog.

May 4-May 5 | Two Lines Press at the Bay Area Book Festival in Berkeley, CA

May 4, 11:45 am | Dance and Do Battle: Writers and Translator on Art and Activism. With Aaron Coleman, Innosanto Nagara, and Katherine Silver, moderated by the Center’s Michael Holtmann.