Join the conversation by tagging #TheCATBookClub. 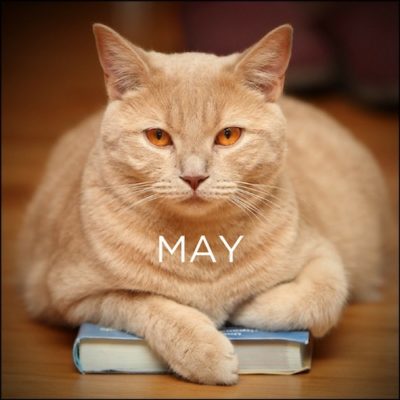 We’re back this month with two new books to discuss:

A Horse Walks into a Bar by David Grossman, translated from Hebrew by Jessica Cohen (Penguin Random House) 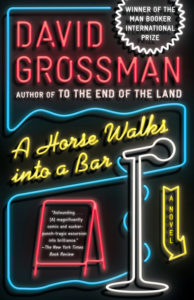 A Horse Walks into a Bar

The setting is a comedy club in a small Israeli town. An audience that has come expecting an evening of amusement instead sees a comedian falling apart on stage; an act of disintegration, a man crumbling before their eyes as a matter of choice. They could get up and leave, or boo and whistle and drive him from the stage, if they were not so drawn to glimpse his personal hell. This acclaimed book won the 2017 Man Booker International Prize.

Hear from the Translator

We co-sponsored an event with the book’s translator, Jessica Cohen. Highlights from that conversation are forthcoming! 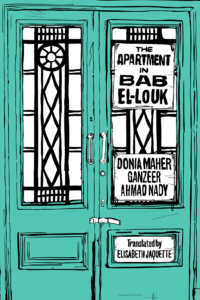 The Apartment in Bab El-Louk

This “fabulous noir poem” has been simply described as “the reflections of an old recluse in busy downtown Cairo neighborhood of Bab El-Louk” by Egyptian artist, Ganzeer. Cairo-based writer Donia Maher was first published in Arabic by Dar Merit in 2014 and then received the Kahil Award 2015 for the Graphic Novel Prize.

Hear from the Translator and Illustrator

Tomorrow we’re hosting an event at San Francisco’s Green Apple Books on the Park with translator Elisabeth Jaquette and Egyptian artist Ganzeer to discuss this marvelous book. And Edward Gauvin will be moderating the conversation!

When we spoke with Elisabeth Jaquette earlier this year, she told us a little bit about how she came to take on this project:

By the time I read The Apartment in Bab el-Louk I’d already fallen in love with the visuals. I happened to see the very talented Ganzeer working on the project when I stopped by his studio in Cairo one day, and before reading a word of the text I told him I wanted to translate it. (Perhaps the only advisable part of this story is, that when searching for a translation project, look to readers and collaborators whose taste you respect!) Of course, I wouldn’t have actually taken the project had I not found the text—unconventional, eerie, and poetic—just as entrancing.