Last month we co-hosted an event with Jessica Cohen at the Jewish Community Library in San Francisco. There, she spoke eloquently about the art of translation and the specifics of translating from Hebrew. There is no audio for this event, but we have the highlights for you! 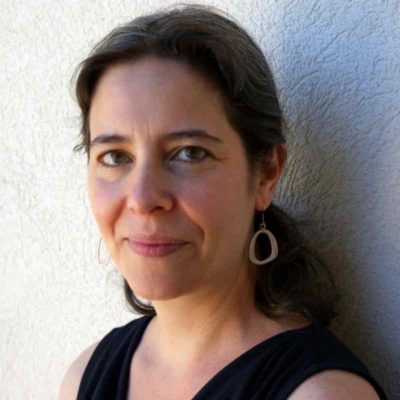 Jessica Cohen spoke about her background, growing up between Israel and the UK, the child of South African parents. Most of the books she grew up on were written in Hebrew, and she was exposed to a rich variety of English.

She distinguished between commercial translation and literary translation: what is said (commercial) versus how it is said (literary).

She explained that translation is a form of writing—and no one ever asks a writer what might have been “left out” of their novel. Instead of asking what might be lost in translation, think of what is gained…imagine your life without translated books.

She views her job as teaching Israeli books to speak English. It is not necessary to make everything sound familiar; instead, she likes to allow something of the Israeli-ness and even the Hebrew-ness of the book to still come through.

On the subject of being faithful, she quoted translator Sophie Hughes, who declares that she is faithful to the English—after all she is creating a book in English.

Translation is entirely mysterious. Increasingly I have felt that the art of writing is itself translating, or more like translating than it is like anything else. What is the other text, the original? I have no answer. I suppose it is the source, the deep sea where ideas swim, and one catches them in nets of words and swings them shining into the boat…where in this metaphor they die and get canned and eaten in sandwiches.

She outlined one major difficulty of translation from Hebrew into English as an inherent difference between the two languages. She explained that Hebrew is a depth language, meaning that each word has many layers of meaning and deep resonance. English, on the other hand, is a breadth language with an enormous vocabulary and many more choices for each Hebrew word, all depending on the context.