Center for the Art of Translation Receives NEA grant

The Center has been awarded a $40,000 grant from the National Endowment for the Arts to support Two Lines Press publications. 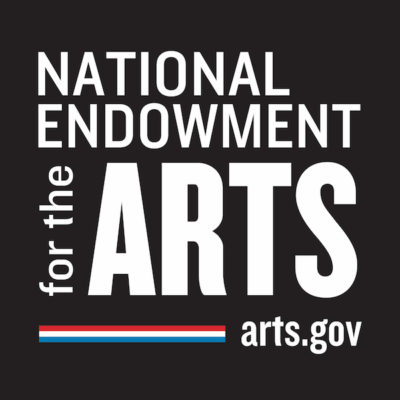 National Endowment for the Arts Acting Chairman Mary Anne Carter has approved more than $27 million in grants as part of the Arts Endowment’s first major funding announcement for fiscal year 2019.  Included in this announcement is an Art Works grant of $40,000 to the Center for the Art of Translation to support the work of Two Lines Press to enrich the library of vital literary works by publishing books and journals of international literature in translation. Art Works is the Arts Endowment’s principal grantmaking program. The agency received 1,605 Art Works applications for this round of grantmaking, and will award 972 grants in this category.

“The arts enhance our communities and our lives, and we look forward to seeing these projects take place throughout the country, giving Americans opportunities to learn, to create, to heal, and to celebrate,” said Mary Anne Carter, acting chairman of the National Endowment for the Arts.

Center Executive Director and Publisher Michael Holtmann responded, “This incredible support from the National Endowment for the Arts makes it possible for us to publish books like Duanwad Pimwana’s folktale-like Bright, translated by Mui Poopoksakul—the first novel by a Thai woman to be translated into English—and Igiaba Scego’s sweeping 21st century novel, Beyond Babylon, translated by Aaron Robertson. What a marvelous cohort to be a part of: this year’s roster of literary organizations supported by the NEA showcases the true vibrance of nonprofit publishing in the U.S. today. And of course we find it heartening to see so many projects devoted to international literature and work in translation. Here’s to the great work to come.”

With NEA support, Two Lines Press will publish groundbreaking new works in translation from Thailand, Italy, Sweden, and more; as well as the 25th anniversary issue of the flagship Two Lines journal highlighting “The Future of Translation.” The press will also host events with authors and translators in the Bay Area and around the U.S.

For more information on this National Endowment for the Arts grant announcement, visit arts.gov/news.