A tribute to the late translator Frederika Randall. 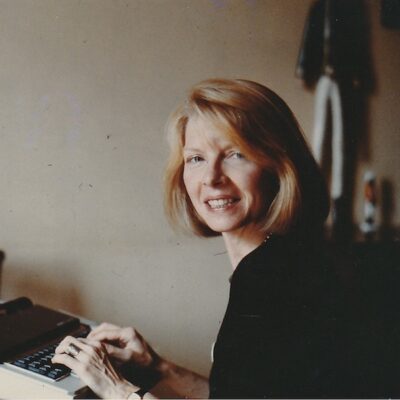 The great Italian translator Frederika Randall, who passed away in May, used the twitter handle @dispatriata. Having spent more than thirty years as an American living in Italy, she was undeniably an expat, but the “dispatriate” handle points to a broader intellectual inclination and position in the cultural landscape. In addition to her work as a translator, she was an incisive cultural and social critic, with a background as a journalist and a wide array of interests. Her twitter bio describes her as “Tree-hugger, leveller, dispatriate, avian ambitions” before naming her occupation: “Translator – Nievo, Morselli, Svevo, Meneghello, Janeczek, Sartori, Scego, Orecchio, Jorjoliani”—a collection of Italian authors most translators would want to lead with. Writer (and soil scientist) Giacomo Sartori explains that he met Frederika five years ago when she contacted him asking for permission to translate his poem “se muoio prima io.” This poem’s translation marked the start of their working relationship and led to numerous other translations, including Sartori’s novel I Am God (Restless Books, 2019). “If I die first,” appearing in Two Lines now, was her only translation of Sartori’s work that remained unpublished at her passing, so this poem’s appearance in translation brings their collaboration to a close.

In farewell, Sartori offered his gratitude to Frederika in a tribute, including these words: “Thank you for the generous and highly-focused attention you paid to every single word of mine, even those that came out as light.” (See the full text of his poetic tribute here.) I never met Frederika la dispatriata myself, I’m sorry to say, but I didn’t need to know her personally to be tremendously affected, both as a translator and as a reader, by the truly generous and focused work she gave to the world. She touched all lovers of Italian literature, and so many more. Ciao Frederika.

Read more tributes to Frederika Randall over at Arkansas International.