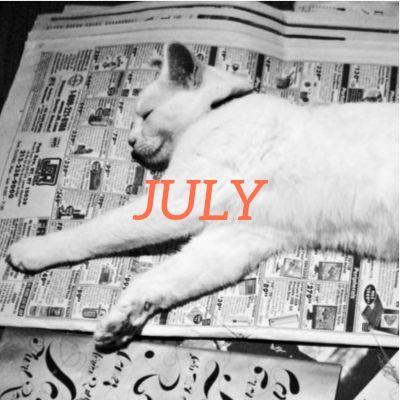 Here’s the literary and translation news you may have missed on your summer vacation!

The Man Booker Prize longlist is here, with winners to be announced September 3

Nominees for the 2020 Neustadt International Prize for Literature are out!

The Whiting Literary Magazine Prizes were announced earlier this month

Booksellers Tom Roberge and Emma Ramadan on selling uncommon books: “You could insert a ton of small or translation press books into any bookstore and people would find them and love them.”

Beautiful libraries around the world that every book lover should visit

A translator on translating garbage

In California, a multimedia project is documenting efforts by indigenous communities to preserve disappearing languages

In case you missed it, check out a Bookseller’s (late) Summer Reading list

With several new titles in English translation (most translated by Bright translator Mui Poopoksakul) and the launch of the Bangkok Literary Review, Thai literature reaches West

If you’re headed to Thailand soon, here are 5 books to read before your Thailand holidays

In the Kenyon Review, Mira Rosenthal asks forty-nine questions about what we mean when we talk about the translator’s voice.

Igiaba Scego’s Beyond Babylon was featured in The New Yorker: “As Scego’s book explores layers of time and branches of families, it suggests that no history is ever as certain as it seems at first glance.”

On the Seawall reviews Beyond Babylon: ‘In portraying the inner lives of refugee women and their first-generation, immigrant daughters, Scego has created a work of great empathy that is a testament to the psychological dissonance that refugees suffer as they remake lives in foreign places while under the pervasive shadow of brutal pasts.