Elvira Navarro’s newest book, Rabbit Island, has been earning rave reviews and we wanted to share a 2017 interview with Navarro and Chilean writer Carlos Labbé. 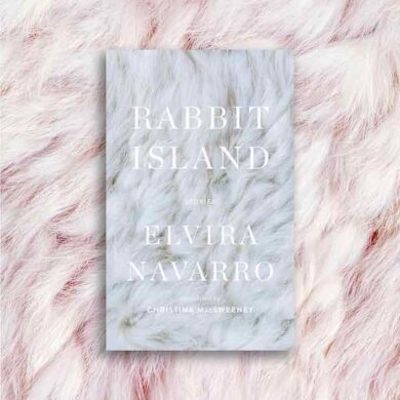 This week marked the release of a new book by Elvira Navarro, whose novel A Working Woman we published in 2017. Rabbit Island collects eleven stories that have been called “impressionistic” and “dreamlike” (the New York Times), “always haunting, always extraordinary” (Ms. magazine), and “thick with impending doom” (Kimberly King Parsons).

The Los Angeles Times calls her female protagonists “quite simply, too strong, too strange and too interesting for Navarro’s Europe, which is somehow both foreboding and dreadfully dull.” The review continues:

“One thing that distinguishes Navarro in this genre of social nightmare fiction is that her central characters are almost entirely women — all smart and strong but deeply flawed, and more human for it. For another, she is a master anatomist of class and, particularly, money — both its power and the maddening indignity of its lack.”

Back when A Working Woman came out we shared a Literary Hub interview with Elvira Navarro and Chilean writer Carlos Labbé and thought it was time to repost it for readers eager to hear more about this amazing author.

Their correspondence is full of gems for fans of either author and particularly for fans of A Working Woman.

Navarro opens up about various threads that influenced the novel:

“What was in my mind when I was writing was that the logic of the city (Madrid) was in fact different from the way we usually imagine it, as if its laws originated from a sort of subterranean, uncontrollable world that can be seen as either liberating or threatening.”

She also gives some interesting context to the book, including the socioeconomic and political situation in Madrid at the time she wrote and published it.

In addition to discussing the novel, the two authors grapple with some big questions about writing in general, including the lack of authorial control after a book is published (and translated), the role of literary creation during crises, and the idea of writing within a literary tradition:

“I frequently think about the concept of the shadow when I write: writing what is evident by trying to avoid something. The more you flee from resembling someone you detest, the more evidence there is of that flight in your writing. I’m telling you this because however much I would like to locate A Working Woman in one tradition or another, it’s a waste of effort. The fundamental thing is that readers assimilate the book in their own ways.”

Make sure you read to the end of the interview, where Carlos Labbé surprises us all with a poem responding to the novel.

Read an excerpt from Rabbit Island in n+1 magazine.