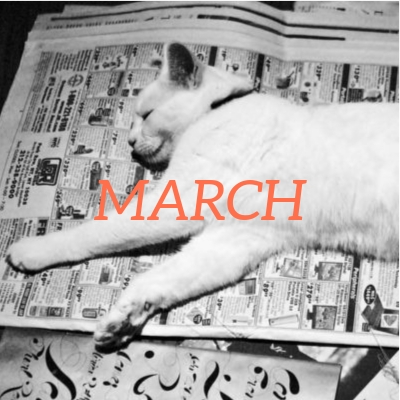 Announced February 28–so technically not March news–translator Martin Aitken was awarded the 2019 PEN Translation Prize for his translation of Hanne Ørstevik’s Love.

The Nobel Prize for Literature returns this fall, with prizes for 2018 and 2019 to be awarded.

The Man Booker International Prize longlist is quite impressive.

Publishers Weekly considers The Plight of Translation in America.

The UK’s Prospect magazine writes in praise of the literary translator.

The New York Times called Lord “a manic treatise on travel and transformation” that is “remarkably suspenseful and assured.”

Please Translate This, or, The Frustration of Wanting People to Read Your Favourite Untranslated Book.

“’In writing there is a kind of secret to it. So when you do the translating, you can catch the secret.'” Haruki Murakami on the pleasures of translation.

Five Indonesian authors you should read.

LitHub lists Lord as one of 5 books you may have missed in February.

Americans’ interest in what’s happening in the rest of the world is reflected in their growing appetite for foreign literature.

Bright is on Barnes & Noble’s list of 15 Newly Translated Novels You Need to Read in 2019.