Your monthly roundup of translation and publishing news, plus more updates in literature and arts education that you may have missed! 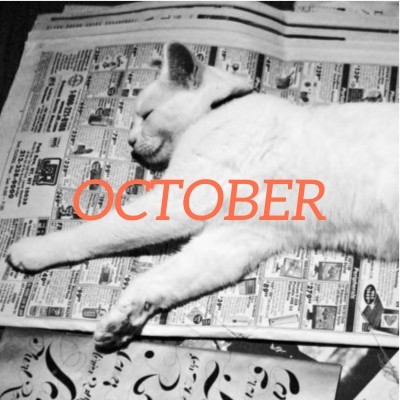 Masatsugu Ono’s Echo On the Bay (tr. Angus Turvill) has been shortlisted for the 2021 Andrew Carnegie Medals for Excellence in Fiction.

Ho Sok Fong’s Lake Like a Mirror (tr. Natascha Bruce) is on the longlist for the 2020 Warwick Prize for Women in Translation.

The National Book Awards finalists were announced earlier this month. The awards ceremony is on November 18.

The 2020 National Translation Awards were announced at this year’s ALTA Conference; That Time of Year translator Jordan Stump won for his translation of Marie NDiaye’s La Cheffe.

San Francisco is piloting a program to offer artists a universal basic income.

On Lighthouses author Jazmina Barrera spoke with Sally Snowman, lighthouse keeper of the Boston Light and the first woman to hold the post in more than 200 years.

Is it still possible to make a living as an artist?

Your local bookstore wants you to know that it’s struggling.

A 173 year-old letter from Edgar Allan Poe pleading for money sold at auction for more than $100,000.

A Philadelphia teacher wrote about how the Poetry Inside Out poetry and translation school program gives students the opportunity to “engage in rigorous learning that centers writing and literacy in a very joyful way!”

That Time of Year was on Kirkus Reviews’s list of the 13 scariest books written this year.

John Hersey’s Hiroshima, a searing account of the aftermath of the atomic bomb, has finally been translated into Russian 75 years after its original release.

We must prevent a great cultural depression.

How alphabetization took over the world.