We polled our staff to find out what’s on everyone’s summer reading list. Some of these are forthcoming books and some have been out for a while, but you’re sure to find a title that fits your mood. 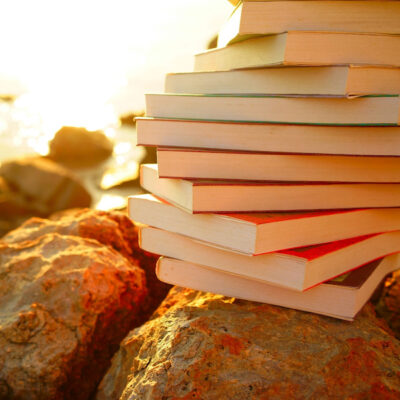 Yuri Herrera’s A Silent Fury: The El Bordo Mine Fire, translated by Lisa Dillman (And Other Stories)

I’ll read anything Yuri Herrera writes, and this account of a workers’ tragedy resonates with my readerly wish of “restitution for…victims and their families,” as the book’s copy puts it.

Machado de Assis is a wonderful writer—he’s widely considered Brazil’s greatest—and this classic novel from 1881, where the ghost of an aristocrat sets out to write his memoir, was recently published in not one, but two new translations. It’s a work of great wit and intelligence, and I’m eager to return to it.

This book—the first to be translated from Wolof into English—has been on my reading list since it came out in 2016, but it wasn’t until I re-immersed myself in Senegalese music during the pandemic—the great work of Baaba Maal, Youssou N’Dour, and Orchestra Baobab, among others—that I knew I had to pick it up in earnest.

I’m really interested in what this author (who is an art critic from Argentina) has to say about art and artists as she weaves in her own personal story—and it’s autofiction, which I find intriguing.

All of Transit Books’s new titles, including The Other Name by Jon Fosse, translated by Damion Searls; The Tree and the Vine by Dola de Jong, translated by Kristen Gehrman; and Grove by Esther Kinsky, translated by Caroline Schmidt.

Each is described as quiet, moving, poignant, and meaningful, which sound like the perfect qualities at this moment.

The Enlightenment of the Greengage Tree by Shokoofeh Azar, translated by Anonymous (Europa Editions)

It takes place after the 1979 Islamic Revolution—about a family having to flee their home in Tehran. Sounds imaginative, tragic, and is set in a region of the world I’d like to know more about—told from the perspective of a female author and female character.

I read the first ten pages of Robert Musil’s 1943 doorstop on the bus about eight months ago after picking it up at City Lights a few months before that. I laughed many times before becoming, as I always do on the bus, motion sick. I’ve long been interested in this very-beloved novel with a perfect title, and that interest has only grown in recent days when our personal qualities (or lack thereof) have us teeter-tottering on the brink of a terrifying and violent abyss. To be quality-less right now—that can’t be good, can it?

I’m also looking forward to digging into Minor Detail, a short novel that begins in the summer of 1949, the year after the war—known as Nakba to Palestinians and the War of Independence to Israelis—that displaced 700,000 people; an event that went on to create one of our era’s defining struggles.

Other plans: get a hold of Trifonia Melibea Obono’s La Bastarda, published by Feminist Press and translated by Lawrence Schimel, the first novel by an Equatorial Guinean to be translated into English. And also, I plan to finally experience Daša Drndić’s Trieste, translated from Croatian by Ellen Elias-Bursać. I consider Drndić my favorite writer these days (her three books with New Directions are astounding) and yet still have not cracked the book that made her name in the English-speaking world.

This book has been resting on my nightstand for quite a while. I purposefully hid it on the bottom of the stack after reading the first chapter and knowing immediately that this book would take precedence over everything else in my life until I finished it. Summer seems like the perfect time to indulge in this little addictive novel.

The Society of Reluctant Dreamers, by José Eduardo Agualusa and translated by Daniel Hahn (Archipelago Books)

This book has been on my list for a while. This “nimble investigation into the liminal spaces between collective unconscious, lived experience, and political reality,” according to one of the blurbs, sounds like just the thing for this summer.

EEG was Drndić’s last novel and one of many translated from Croatian by Celia Hawkesworth. It recently won the 2020 Best Translated Book Award for Fiction, and I was intrigued by the judges’ description: “Dasa Drndic…calls forth the ghosts of Europe’s 20th century in a biting indictment against complacency and the comfort and convenience of forgetting. A frenzy of observations and deeply researched facts, seething with rage and urgency, it is a haunting and masterful final work.” Timely indeed.

Ever since I spent a few years in Japan I’ve been drawn to contemporary Japanese fiction, and I’m especially delighted to see so many younger women being translated into English. I loved last year’s Convenience Store Woman and look forward to Kawakami’s take on Japanese women’s lives.