Poetry from the Banned

For over twenty years now, Two Lines has been working to break down the borders between people by publishing literature in translation. We believe immersing ourselves in others’ voices, lives, and imaginations makes us both stronger and more human. 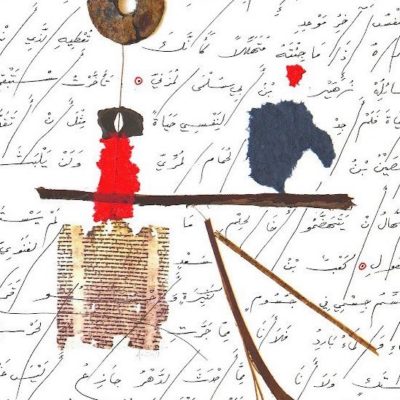 It’s easy to vilify abstract presences across the world, but it’s harder to think of someone as your enemy when you see a photograph of his small body lying dead on a beach, never having been able to escape the war he was fleeing, or when reading the words of people who have lived their entire lives under the shadow of endless wars. In the six years I’ve been editor of Two Lines, the work I’ve found most illuminating are the pieces that are not explicitly about strife, but where its inevitability creeps in anyway. The Iraqi poet and short story writer Gulala Nouri has lived through three wars, and in her love story “Orange Lies” she almost absently, but heartbreakingly, asides: “War stole my childhood and my youth. I carried the coffins of loved ones with a heart of white cotton.”

The day the ban went into effect, the poet Kaveh Akbar shared poems on Twitter from the seven countries whose people have been banned from coming to the United States. The ban means poets and authors can’t come here to give readings. The ban means innocent people fleeing daily violence and the very real threat of death are being left voiceless and alone. The ban means turning our backs on students and scientists and politicians and children in a warzone. I strongly encourage you to take a look at the poems Kaveh tweeted, collected here by PBS NewsHour here. These countries have long, rich literary histories, cultures, and millions of people who want to live and work and raise their families without violence. As the Iranian poet Behzad Zarrinpour writes, as much as we in the U.S. fear our lives potentially being touched by terrorists there are grandmothers—and not just “grandmothers,” but his grandmother—who are struck by real terror daily:

The Wind has filled the city’s nostrils
with destruction’s odor.
No one flees the harsh sun
For the gentleness of unstable walls.
Spread-out inhospitable tablecloths,
Empty promises,
Stomachs that instead of bread
Eat bullets,
And bankrupt salt sellers
Who have dispatched their gunnysacks
To the war front to be swelled with sand.
Grandmother’s tongue is so terror-struck
She cannot remember her prayers.

In this time of uncertainty in our country and our world I hope we can take a little time to reconnect with these voices. To not only read the poems about the wars, the terror, and the political uncertainty, but the love poems too, the science fiction, the deep and—need I say it?—human imaginations at work, and to return to the curiosity that the Syrian poet Adonis writes about in his poem “The Beginning of Doubt”:

“The Beginning of Doubt,” by Adonis, translated by Khaled Mattawa. Two Lines, Issue 16: Wherever I Lie Is Your Bed.