To read Denise Newman and Susanna Nied’s independent translations of the Inger Christensen poems discussed below, grab a copy of Two Lines 30: The Future of Translation. 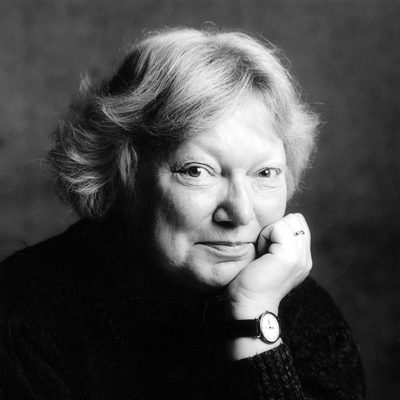 Denise Newman: When I received Emily Wolahan’s solicitation for the anniversary issue of Two Lines for work that returned to a former project, I immediately thought of the collaboration that Susanna Nied and I did for Chain many years ago. We created three versions of a sonnet from Butterfly Valley: A Requiem by the Danish poet Inger Christensen—a literal translation, a rhyming one, and a recast version. These poems are incredibly challenging; images and sounds are intricately woven together, and, as Susanna points out in the endnote, the meter and rhyme scheme are subtle enough to be barely noticeable. The experiment made us realize that the best translation for such complex poems is multiple versions.

Susanna and I were eager to collaborate again, not on Butterfly Valley, but on two other sonnets by Christensen posthumously published in her archive Verden ønsker at se sig selv (The World Wants to See Itself) in 2018. We decided to work together to create our own versions of each sonnet.

Susanna Nied: Our original plan: Denise would attempt a translation that retained Inger’s meter and rhyme scheme, and I would attempt a free verse translation. I was struck by the sonnets’ beauty, by Inger’s clear, unmistakable voice, and by her perfect, quirky imagery. I found echoes of her other poetry, and there was little question in my mind that I understood these two sonnets. I thought, “My part is going to be easy.”

Then I sat down to translate. By line four in the first sonnet it was already clear that there was actually plenty I didn’t understand—Inger’s masterful, effortless-seeming sound effects had swept me along, but the underlying meanings were deeply complex. And even the parts I did understand were not going to come easily into English. Danish has flexibilities that English lacks, and Inger loved using those flexibilities. Beyond that, I soon realized that I wasn’t going to be able to produce a free verse translation without incorporating at least a hint of rhyme and meter. Inger wrote by ear; sound was always the basis.

DN:  As with the sonnets in Butterfly Valley, these poems are deceptively simple, and we benefited from sharing knowledge. Susanna had a clearer understanding of a few phrases and words from translating Christensen’s poetry, like rusens in the second sonnet. Her explanation that it related to the tipsy feeling from a glass of wine or hit of pot, made me see how a wine-induced headiness suffuses most of that poem. Susanna also picked up on the hidden reference in that same line to the butterfly called “blue Diana,” noting that the poem was written the same year Christensen published Butterfly Valley.

SN: I sent Denise my rough draft of the first sonnet, embarrassed to admit that there were words and phrases I hadn’t seen Inger use before, hadn’t heard any of my Danish friends use, and just wasn’t sure of. And (even more embarrassing) that I was struggling with the complexities of Inger’s thought, especially with that sonnet’s final line. I was relieved to find that Denise was struggling with some of the same things. And that Denise didn’t mind my using a little rhyme and meter, even though it wasn’t true to Inger’s original sound effects. By comparison, even in Denise’s earliest draft, I could clearly hear Inger’s music coming through.

DN: I’ve internalized Susanna’s translations of Christensen’s poems so much that the English is now fused with the Danish, and so it felt like sacrilege to invert syntax or use a less colloquial word like “dwellings” in order to make the rhyme. Some pressure was taken off, however, knowing that readers would get two versions. It’s impossible to render Christensen’s sonic implications with the same precision, like rhyming længsel (longing) with fængsel (prison), but hopefully even the less exact rhymes and slant rhymes give a sense of how sound participates in meaning.

SN: Denise noticed one line that I had completely mistranslated. It was similar to a line in one of Inger’s other poems, a line whose meaning was exactly opposite. Normally I would have been chagrined at my error, but with Denise I was only relieved and grateful. In retrospect, this tells me everything about our mutual trust and respect.

We brainstormed with each other, consulted Danish friends about a phrase that especially puzzled us, then went back to our individual drafts to revise and re-revise, each time sharing our revisions and our responses. Ultimately, we both had translations that we could live with.

DN & SN: Translating poetry often seems an impossible task. No one knows as well as the translator what has been lost. Working independently together casts a wider net and turns the whole process into a productive and highly focused three-way conversation. Perhaps in the future more translators will benefit from similarly cooperative approaches.