Here’s the latest news from the world of publishing and literature in translation. 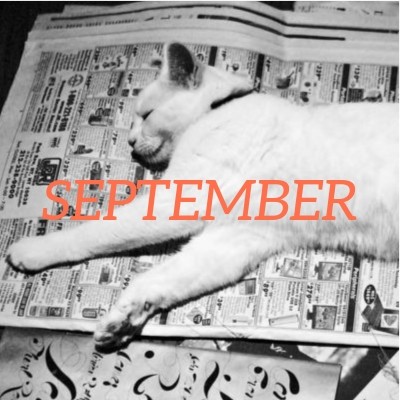 September is Translation Month, and there’s plenty of news and updates to catch up on!

The National Book Awards longlist for Translated Literature was announced.

Spanish translator Edith Grossman is the recipient of the 2019 Ottaway Award for the Promotion of International Literature. Award ceremony is October 29 in New York City.

The 2019 Longlist for the National Translation Awards in Poetry and Prose was announced September 4. Winners will be announced at the annual ALTA conference in November.

Collette Fellous’s This Tilting World was on this list of Must-Read New Books of Fall 2019.

And on Literary Hub’s list of 11 Books You Should Read This September.

Johannes Anyuru’s They Will Drown in Their Mother’s Tears (out Nov. 5) is on Book Riot’s list of 5 Fantastic Speculative Fiction Titles for Fall.

Here are 6 Female Translators You Need to Know About.

Author Rivka Galchen on why she loves children’s literature in translation.

On changing the literary default from English.

What Happens When A Language Bot Is Asked To Write Stories Based On Famous First Lines From Literature.

A 2-part series explores How Should We Review Translations (Part 1)? Here’s Part 2.