September was National Translation Month and we’ve got loads of translation, publishing and arts education news that you might have missed! 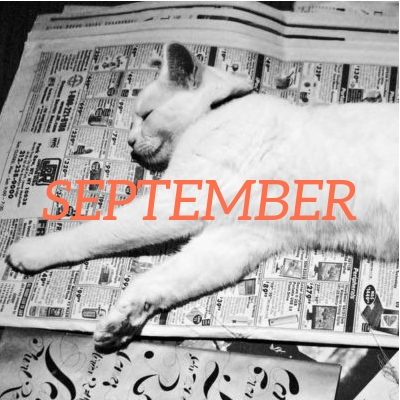 The American Literary Translators Association (ALTA) unveiled the shortlists for the 2020 National Translation Award in Poetry and Prose, which include Igiaba Scego’s Beyond Babylon (translated by Aaron Robertson). The book was also shortlisted for ALTA’s Italian Prose in Translation Award.

The 2020 National Book Award for Translated Literature longlist was announced earlier this month. The awards will be announced in November.

And the German Book Prize named 6 finalists for this year’s award.

And 3 of the 10 books longlisted for the 2020 International Dublin Literary Award are works in translation.

This year’s Booker Prize shortlist is the most diverse ever.

This year’s Brooklyn Book Festival will also be virtual and runs through October 5.

We hosted a virtual conversation with bestselling author and Marie NDiaye fan Imani Perry and translator Jordan Stump about NDiaye’s That Time of Year, published on September 8.

The Community of Literary Magazines and Presses (CLMP) put together a reading list for National Translation Month.

Poets & Writers interviewed Marie NDiaye and Jordan Stump about That Time of Year.

That Time of Year was reviewed in The New York Times: “For all its elements of psychological horror, there is something hauntingly real to NDiaye’s world, where ‘pale, serene, detached, smiling faces hid an inconsolable sorrow.’”

Buzzfeed featured That Time of Year on its list of 38 Great Books to Read This Fall and Kirkus Reviews included it among 6 Novels in Translation to Read Now.

A trove of rare stolen books was found under a house in rural Romania.

We need all hands on deck to save our arts and culture economy.