All August we’re enthusiastically celebrating Women in Translation Month! Two Lines Press is dedicated to bringing outstanding female authors to you in English translation and to spotlighting work from languages that are undertranslated. 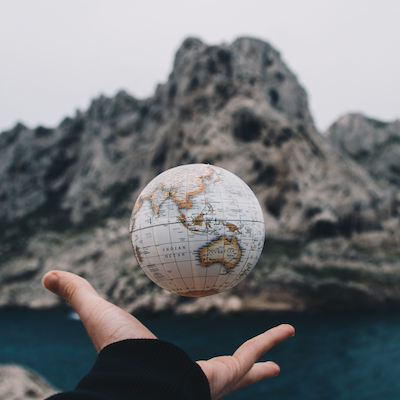 We’re proud to say that in 2019 we’re doing a pretty good job. Half of the new releases this year are written by women, including Bright, the first novel by a Thai woman to be published in the U.S. (translated by Mui Poopoksakul).

Both of this year’s Two Lines journal issues are dominated by women authors and translators: 10 of the 19 contributors to Issue 30 are women, including four of the five essay writers considering “The Future of Translation.” All of the poets in Issue 31 (out in September) are women and the issue features translations of fiction by women writers from Burmese, Bengali, Greek, and Spanish.

In honor of Women in Translation Month we’ve got two special sale offers running the entire month of August.

We’re taking 40% off all Two Lines Press books by women authors AND we’re offering a very special package for those who wish to celebrate in the grandest way: by purchasing every single Two Lines Press book authored by a woman. That’s 10 books for $85!

Beyond Babylon by Igiaba Scego, translated from Italian by Aaron Robertson
Described by The New Yorker as a “polyphonic novel of the Afro-Italian experience,” as the book “explores layers of time and branches of families, it suggests that no history is ever as certain as it seems at first glance.”

Bright by Duanwad Pimwana, translated from Thai by Mui Poopoksakul
The first novel by a Thai woman to be published in the U.S., Pimwana’s urban, at times gritty vignettes are balanced with a folktale-like feel and a charmingly wry sense of humor.

A Working Woman by Elvira Navarro, translated from Spanish by Christina MacSweeney
Ranked among Granta’s “Best of Young Spanish-Language Novelists”, Navarro delivers an ambitious tale of feminine friendship, madness, a radically changing city, and the vulnerability that makes us divulge our most shameful secrets.

My Heart Hemmed In by Marie NDiaye, translated by Jordan Stump
Our third book from this French literary sensation, who has won lavish praise for her unrivaled ability to reveal our innermost lives. My Heart Hemmed In is her grandest statement on the hidden selves we rarely glimpse, but whose presence is always with us.

Trysting by Emmanuelle Pagano, translated from French by Jennifer Higgins and Sophie Lewis
In nearly 300 vignettes Pagano explores love from every possible angle. If you think you know everything there is to know about love, let Pagano show you some new worlds.

A Spare Life by Lidija Dimkovska, translated from Macedonian by Christina E. Kramer
This novel “brings to mind Elena Ferrante and Magda Szabó” (Katie Kitamura, author of A Separation) as it dissects the breakup of Yugoslavia through the utterly compelling story of twins conjoined at the head. Enter a world of sisterhood and secrets where even the simplest of actions are unlike any we’ve ever experienced.

Self-Portrait in Green by Marie NDiaye, translated from French by Jordan Stump
In her own skewed take on the memoir, NDiaye combs through all the menacing, beguiling, and revelatory memories submerged beneath the consciousness of a singular literary talent. Winner of the 2015 CLMP Firecracker Award for Creative Nonfiction.

Baboon by Naja Marie Aidt, translated from Danish by Denise Newman
Baboon’s 15 propulsive, crisis-ridden, ever-escalating stories are by one of the most acclaimed women writers in translation in recent years. Aidt is not to be missed!

There’s simply no better time than now to commit yourself to a month, a year, a lifetime (!) of reading women in translation.

Sale ends August 31, so don’t miss your chance to read more women and pick up groundbreaking books by some of the most important women writers from around the world!