Summer Reading List and Beyond: 7 Forthcoming Books in Translation

Looking for some books in translation to get excited for this summer? Here are nine forthcoming titles I’m excited for. 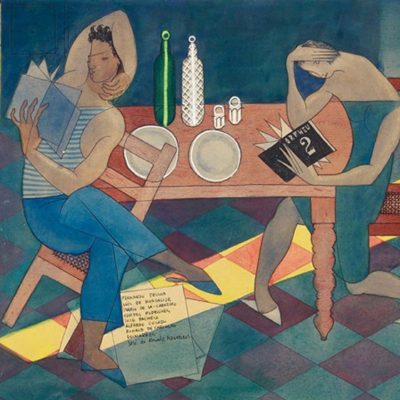 1. Warning to the Crocodiles by Antonio Lobo Antunes, translated from Portuguese by Rhett McNeil

Four old women recount memories of fashioning homemade explosives and participating in the kidnap and torture of communists. Have I piqued your interest yet? In Warning to the Crocodiles, Antonio Lobo Antunes, whose name often graces the list of Nobel Prize nominees, illustrates the darker side of the Carnation Revolution, a Portuguese coup that overthrew the authoritarian regime of Estado Novo, detailing the activities of an extreme right-wing Salazarist faction resisting the country’s newfound democracy.

It sounds like the opening to a joke your history professor would tell you: “On a winter morning in 1761, six men embark on an expedition from Copenhagen—a botanist, a philologist, an astronomer, a doctor, an artist, and their manservant, all of whom despise each other.” Seven years later only one survivor returns. It’s no joke; these are the real-life members of the Danish expedition to Arabia Felix, as Yemen was then known, the first expedition of its kind. Based on diaries, notebooks, and sketches, Arabia Felix is a dark comedy of intellectual one-upmanship set into a spellbinding adventure story.

Gabriela Torres Olivares is an emerging Mexican short story writer. Her third collection Enfermario will be published in translation by Les Figues Press this June. Her Mexican gothic stories explore otherness among beings both real and imaginary and push the boundaries of our preconceived notions of what it means to be.

Meditations on chamber pot usage. How to assign monetary value to noise pollution. These are just two of the harebrained topics that Bergsson’s protagonist Tómas Jónsson, a cranky and senile retired bank clerk, rants about in a memoir he decides to write. In this satire of a memoir-obsessed society, Guðbergur Bergsson has written what is considered by many to be “Iceland’s Ulysses” for its upheaval of Icelandic writing.

Marosa di Giorgio (1932–2004) is one of the most prominent Uruguayan poets of the twentieth century. While some critics have categorized her as a surrealist, she herself denied membership in any literary movement or school. Jeannine Pitas’s new translation di Giorgio’s I Remember Nightfall employs the recurring setting of a garden as a stage for exploring notions of memory and family.

6. I Don’t Want This Poem To End by Mahmoud Darwish, translated from Arabic by Mohammad Shaheen

Palestinian Mahmoud Darwish was born in al-Birwa, a village in Galilee that was razed by the Israeli army. Because his family missed the Israeli census he was considered an “internal refugee,” and later used this moniker to his advantage to spur his work as a resistance poet. He was arrested in the 1960s for travelling between villages reciting his protest poem “Identity Card” and later exiled. When he died in Texas in 2008, friends and family retrieved his last remaining poems and gathered them together in this collection.

Jenny Erpenbeck places one of the world’s most pressing humanitarian crises square in her sights in Go, Went, Gone, addressing the European refugee crisis through the lens of one man’s grief. Richard, a retired classics professor, mourns the death of his wife while living an unexceptional existence in Berlin, until one day he comes across a group of African refugees staging a hunger strike. What follows is a story of inner transformation as he visits the refugees’ shelter and entangles his life with theirs.