The Life and Death of a Forgotten Mining Town

The first time I read Filip Springer’s History of a Disappearance, before I ever began translating it, I was enchanted. His rich, intimate, and beautiful story of the life and death of a small Central European mining town spoke to me in a personal way I’d have never expected. 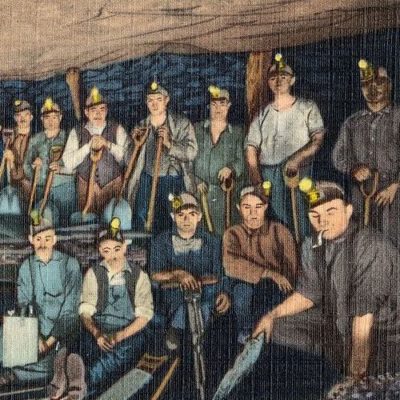 For centuries Kupferberg was a largely unsuccessful copper mining town. Situated at the peak of a small mountain in Lower Silesia, it was always on the sidelines of history, but buffeted by wars and natural disasters. In the redrawing of Europe’s borders after World War II, Kupferberg found itself in the new Polish People’s Republic. It was renamed Miedzianka and its German population was forcibly evicted, replaced largely by Poles who themselves had been driven out of territories annexed by the Soviet Union.

When uranium was discovered under the town, Soviet technicians rushed in to extract as much of it as they could, with no regard for the safety of the local workers or for the structural integrity of the mines. The ransacking of the mountain eventually ended, but the ground began to cave in under Miedzianka. By the early 1970s the town was declared uninhabitable. The population was resettled in a housing project and Miedzianka itself was demolished.

As far away as a small Polish mining town can seem, every time I’ve read History of a Disappearance I’ve been haunted by an image from my own family history. The Polish-American part of my family is from coal country: Northumberland County, Pennsylvania. Four miles from my grandparents’ hometown is Centralia, Pennsylvania, where since the early 1960s a massive fire has raged in the anthracite mine that stretches beneath the town. Like in Miedzianka, the ground under Centralia began to give way, and the town of over a thousand inhabitants was eventually taken over by the state and razed. Once when up visiting family, we drove through Centralia: nothing was left but a grid of streets with grassy lots between them. The ground spews poison gas and plant life in the area struggles to survive. Fewer than ten people live there.

Centralia and Miedzianka are hardly alone. In a world of environmental crisis and overexploitation, images like these are shockingly familiar. Springer’s book is a portrait of one town, but in that place we see the reflection of many other places closer to home. The world is full of Miedziankas—forgotten places inhabited by forgotten people, pitilessly destroyed by forces beyond their control.

Yet History of a Disappearance also shows us the people struggling to keep the memory of these places alive. Many such people are featured in this book—not only amateur historians but ordinary people with photo albums, collections of letters, or simply long memories. History of a Disappearance is the culmination of their efforts to make sure their town is never forgotten. Now, in some way, Kupferberg-Miedzianka can live again.

Author Filip Springer and translator Sean Gasper Bye will be at San Francisco’s The Booksmith next week, Wednesday, April 26, to discuss the book. Join us!

Read an excerpt from History of a Disappearance here.

In addition to being a writer, Filip Springer is an accomplished photojournalist. You can view his photography on his website.