This Season of Two Lines, So Far

You may have noticed we’ve been publishing work more frequently at Two Lines. As we’ve shifted the journal online, we’re publishing a new piece every week and will continue to do so throughout the spring. Here’s a recap of the stories and poems we’ve published so far in 2020. 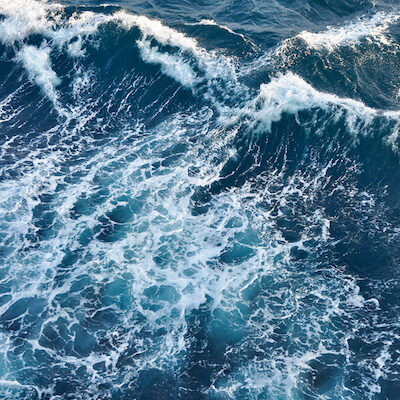 “An Execution” by Serge Pey, translated from French by Donald Nicholson-Smith

Serge Pey’s parents were among the wave of Spanish who fled to France and were interned by the French after their defeat in the Spanish Civil War. This history comes to life in “An Execution,” in which a boy desperately flees the guardia civil.

“The boy gently slid the body into the hole he had made. He thought to himself that in this way the man’s ghost would continue to take care of the field. Using his feet, he heaped up pebbles and arranged a circle of white ones roughly above the man’s heart. Then he heard a yell. It was his own voice.”

Four newly translated poems by the legendary Japanese writer for whom the Akutagawa Prize was named. His strange images—replacing limbs with petals, for instance—are punctuated with self-reflective musings: “Pity the self that cannot self-deceive. / Can someone deceive it for me, please?”

Four poems from All Beginnings by Silvia Guerra, translated from Spanish (Uruguay) by Jesse Lee Kercheval and Jeannine Pitas

Uruguayan poet Silvia Guerra’s beautiful poems paint vivid pictures of nightfall, herons taking flight, and hail, but the poems twist upon themselves and transform as they strive toward something greater than the landscapes they trace.

“The Cold Through the Gears” by Almudena Sánchez, translated from Spanish (Spain) by Dorothy Potter Snyder

This story is Spanish author Almudena Sánchez’s debut in English translation! A bizarre and fragmented story of two children and their grieving mother on a road trip with no destination.

“Mom was a picture. A pair of eyes reflected in the rearview mirror. Her facial expression rarely changed. At times, her irises gleamed wildly, as if she’d seen a flying spirit. Other times, quite rarely, she let her hair down, and the wind tossed her curls around.”

Poet Yau Ching is dazzling with these poems examining the maladies of urban life and the dexterous nature of language itself:

Garous Abdolmalekian was born in 1980, days after the outbreak of the Iran-Iraq War, and lives in Tehran. These poems from his first collection in English translation, Lean Against This Late Hour, manage to transform a “cluttered table” into “the corpse of the party” along with other miraculous poetic feats.

“I rip up my train ticket / and with the last herd of deer / return home.”

“The Illusion of a Day” By Takbum Gyel, translated from Tibetan by Christopher Peacock

This story by Tibetan author Takbum Gyel encapsulates a sheepherder’s life into a single day, his life progressing as he herds his sheep and withstands the brutal realities of nature and humankind.

“It was getting lighter moment by moment. As it got light, the outside world was gradually revealed in its entirety. It was just as though a black curtain had been slowly pulled back.”

Two poems by Monchoachi, translated from French and Martinican Creole by Eric Fishman

We published Monchoachi in Two Lines 28 in Patricia Hartland translation and were dazzled by the way he infuses language with new life, so that familiar images appear glistening and new. This month we published two more of his poems in Eric Fishman’s translations. For a taste of his rich imagery: “A dog blown like Murano glass / Snout in a grimace, pink tongue hanging…”

Chiranan Pitpreecha was one of the most prominent student activists of Thailand’s October 14th era, a period of mass, university student-led demonstrations against the military dictatorship. In these three poems translated by Noh Anothai, we see Pitpreecha imbue the landscape—the night sky, mountains, and the algae in the spring—with her social activism: “I am a little shard of rock / splitting open in sadness.”