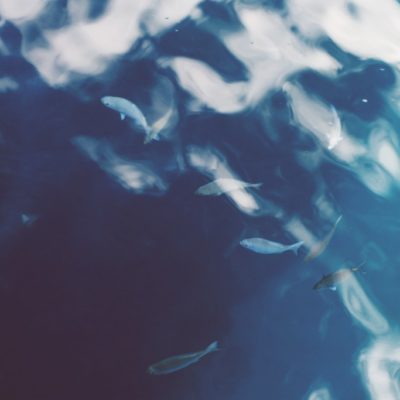 Every time a new issue of Two Lines comes out I take pleasure in re-reading the work we assembled over the course of many months. I often think of the journal as the outcome of countless literary conversations and debates we have on staff. In the case of Two Lines 24, there are pieces we were dazzled by when we first read them, translations that capture unexpected textures or rhythms or tones, and excerpts of forthcoming larger works that we couldn’t be more enthusiastic about. There is also the sheer delight of ending a volume with Tuê Sŷ’s “Last Words,” translated from the Vietnamese by Martha Collins and Nguyen Ba Chung.

One of the things I like most about Two Lines is that in addition to featuring great fiction, our journal showcases outstanding poetry in translation: Two Lines 24 is chock full of gems. Among my favorites are Jan Wagner’s poems, translated from the German by David Keplinger. In “koi,” the language whorls on the page like the movements of the fish it describes:

…koi, as they clot,
as they weave into the tapestry of blackness

their golden threads, their orbits more
difficult to predict than comets…

There is also the brilliantly bitter irony embodied by Maxim Amelin’s poems, translated from the Russian by Derek Mong and Anne O. Fisher. “Classical Ode to V. V. Mayakovsky” glitters with mocking glee:

Vice-Chairman of the Globosphere!
Your hero-works will long abide;
though oft you’ve walked the flame’s bright edge
and paced the shattered water’s tide,
it’s time to shed impediments
and stand atop your pediment,
which shines with streams of sacrificial
urine…

And how could I not mention the deeply satisfying charm of reading Jerome Rothenberg’s translations of Efraín Huerta, some of which read like the distilled and surreal comedy of Steven Wright? In “Angel I,” the narrator imagines a conversation between an angel and an elevator operator:

I find the poem especially clever for taking us up as we read down.

There are even more memorable poems in Two Lines 24 by Behzad Zarrinpour, Aigerim Tazhi, and Minoru Yoshioka. But don’t take my word for it: pick up your copy of Two Lines 24 today!

And, while you’re waiting for your journal, peruse our online content, which includes some truly incredible poetry by Un Sio San, Uljana Wolf, and Tong Wei.