Our latest issue of Two Lines features work by international authors whose writing may be new to you but deserves to be read far and wide. Here’s a snapshot of some of the stories and authors whose work you can now read in English translation. 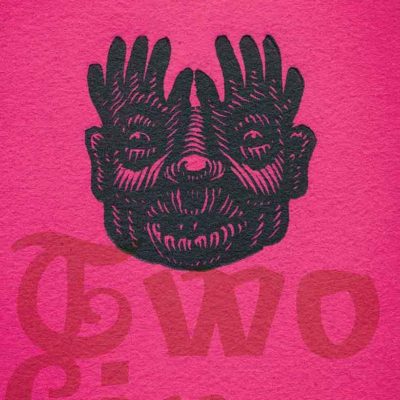 To read the full stories grab yourself a copy of Two Lines 31: Hauntings.

“Architect” by Boaz Israeli, translated from Hebrew by Jessica Cohen

“I probably am an architect.” So begins this story by the Israeli author who describes his stories as having “not a lot of ‘story'” in them. But a story does unfold as our unreliable narrator builds a city, and a personal history, through his own pondering inner monologue. The story is translated by Jessica Cohen, who won the 2017 Man Booker International Prize with David Grossman for her translation of his novel A Horse Walks Into a Bar.

“The Dead Girl’s Father” by Tiago Ferro, translated from Portuguese by Adrian Minckley

In this excerpt from a novel by the same name, a man chronicles his grieving process in the wake of the death of his daughter. Written in short sections, the narrator reflects on the struggles of trying to write about grief, imagines the future lives of the other children from his daughter’s class, and creates an exhaustive list of over-the-counter medications. The author, Tiago Ferro, is an editor and the founder of an e-book publishing house in Brazil. He began writing after the death of his daughter Manu in April 2016.

“Spell” by Hai Fan, translated from Chinese by Jeremy Tiang

Singaporean author Hai Fan entered the rain forest in 1976 as a fighter for the Malayan Communist Party and spent the next thirteen years carrying out guerrilla warfare near the Malaysia-Thai border. This same rain forest is the setting of “Spell,” which accompanies a trio of communists as they attempt to transport a massive wild boar they’ve trapped back to their encampment to feed their fellow guerrillas.

A woman recalls her grandmother’s adventure escaping pirates in this excerpt from Shaheen Akhtar’s third novel, Beloved Rongomala. Akhtar, who has written five novels and four story collections, delves into the stories of women usually forgotten or overlooked by history in this multi-generational tale. The full novel, in Shabnam’s translation, was published by Bengal Lights Books and is forthcoming from Seagull Press.

“Remains” by Aude, translated from French by Cristy Stiles

Aude is the pseudonym of Claudette Charbonneau-Tissot, a French-Canadian author born in Quebec in 1947. In addition to publishing fifteen books, she was awarded the Governor General’s Award for French-language fiction. In this dark and cinematic story a woman details the twisted, triangular relationship between her husband, her brother, and herself, and a revenge fantasy that oddly mirrors the crime committed.

Read these stories and more work from around the world in Two Lines 31: Hauntings, now available!