Why So Serious? Translating Korean Satire and Comedy

As more and more Korean literature is published in English translation, the question arises: Why so serious? 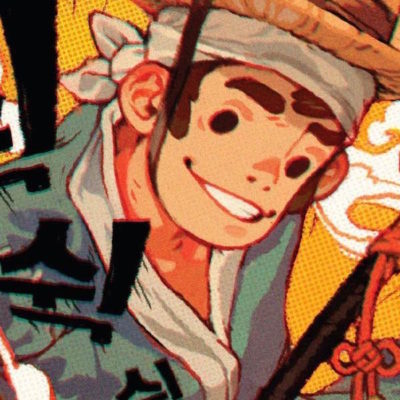 This past summer I had the privilege of participating in the Banff International Literary Translation Centre’s translation residency with fellow translators working in a wide range of languages. While there I found myself trying in vain to sell the idea that South Korean literature is not all doom and gloom. Since Han Kang’s The Vegetarian (translated by Deborah Smith) had just won the Man Booker International Prize, there was considerable awareness among the fellows of the rise of South Korean literature, but I still had my job cut out for me in terms of convincing others that there is more to Korea than just sad stories.

Part of the reason for this perception of Korean literature is the reliance on the popular concept of han, one of those pesky cultural untranslatables defined by one scholar as a “feeling of unresolved resentment against injustices suffered, a sense of helplessness because of the overwhelming odds against one, a feeling of acute pain in one’s guts and bowels, making the whole body writhe and squirm, and an obstinate urge to take revenge and to right the wrong—all these combined.” (Yup, all of that in one neat little syllable.)

Han is sometimes more briefly translated as “resentment,” but what makes the concept so challenging to capture is its central preoccupation with justice. It can take on a nationalistic bent, as when it’s used to describe historical reactions to invasion, colonization, and dictatorship. It can also have a gendered aspect—the hard lives of women living under a strict patriarchy are said to be the perfect embodiment of han. The two recently translated books by Han Kang present succinct examples of both: The Vegetarian has been interpreted as a feminist critique of patriarchal authority and the male gaze, while Human Acts is a tender elegy to the victims of a violently authoritarian government. Both arguably encapsulate the concept of han.

But lamentation is not the only response that Korean literature offers. Laughter can be an equally powerful response to injustice, and accordingly satire is not in short supply. To borrow a phrase used frequently these days, “speaking truth to power” can be done both in the sincerity of sorrow and in the insouciance of comedy. In that respect, rather than describing Korean literature as sad or dark or depressing, it would be more accurate to say that Korean writers are highly attentive to issues of power and (in)justice.

This comes through in both the types of stories that are told and the types of words and concepts that are often perceived as “untranslatable” or simply tricky to translate. Aside from han, the translations of descriptive words like eogulhada (to feel that something is unfair or undeserved) and dapdaphada (a physical sensation of suffocation caused by feeling frustrated or unable to speak or act freely) often leave a little something to be desired. Korean comedy is no less attentive to injustice than Korean drama, and more often than not, tears and laughter accompany each other.

Nevertheless, most of what has been translated into English has been of the “serious” variety. It’s not clear why we haven’t seen more Korean comedy available in translation, though one potential hypothesis is that comedic writing has been dismissed as shallow by the mainstream literary establishment in South Korea and has therefore received less support for translation and international promotion. In a recent issue of Azalea: Journal of Korean Literature & Culture, contemporary novelist Song Sokze, who is known for comedic writing, pointed out that premodern, or classic, Korean literature was “richly comedic, satirical, and self-deprecating” and lamented the fact that those same traits tend to be seen now as not serious enough to be literary. Of course the other possible hypothesis is that comedic writing is simply too difficult to translate. Or else the comedic literature that has been translated doesn’t always read as comedy due to the lack of a shared context for understanding and appreciating another culture’s jokes.

The sheer increase in the number of titles in translation
means we get to see a wider array of styles and genres.

Fortunately, with the current boom in translated Korean literature, this tide may be turning. The sheer increase in the number of titles in translation means we get to see a wider array of styles and genres. Even classical Korean literature, which was long the reserve of Korean studies specialists, has been finding its way into mainstream translation. Penguin Classics recently published an English translation of The Story of Hong Gildong (translated by Minsoo Kang), about a Robin Hood-esque folk hero whose tale offers a fantastical take on Korea’s han, or more precisely, its recurring themes of fairness and injustice.

Contemporary authors have also been known to incorporate elements of classic Korean literature: novelist Hwang Sok-yong, for example, has dabbled in folklore and the pre-modern canon in his own writing. Princess Bari (Periscope, 2015), the harrowing tale of a North Korean refugee, is based on a Buddhist-shamanic epic and is given doses of levity through such characters as a talking dog and a wisecracking magpie, and in Familiar Things (Scribe, 2017) the drudgery of daily survival among landfill squatters is lightened by the adventures of two young boys who delight in their encounters with otherworldly beings taken straight from Korean folklore.

Among translations of literature from the era of Japanese imperialism, Ch’ae Man-sik’s works, which include the short story “My Idiot Uncle” and the novel Peace Under Heaven, provide an entertaining introduction to early modern Korean satire.

In his review of Dalkey Archive Press’s Library of Korean Literature last year, Ed Park noted that “the most appealing novels in the Library of Korean Literature capture the existential turbulence of han while keeping a sense of humor about it,” and specifically pointed out Lee Ki-ho and Park Min-gyu, two contemporary writers known for their experimentation with form as well as their embrace of humor. Lee Ki-ho’s At Least We Can Apologize is a modern, satirical spin on the old idea of whipping boys, while Park Min-gyu’s Pavane for a Dead Princess takes on beauty fetishism with this metafictional love story between a handsome man and “the world’s ugliest woman.” Another recent publication not mentioned in Park’s review but worth noting is Cheon Myeong-kwan’s Modern Family, a novel about a failed movie director in his forties who finds himself forced to move back in with his mother and his equally hapless adult siblings.

Though humor is notoriously difficult to capture in translation, my hope is that these recent publications indicate that a wider range of South Korean literature is starting to gain attention, something beyond the doom and gloom that has long typified the peninsula. (A collection of short fiction by Song Sokze, The Amusing Life, was just published by Dalkey Archive Press at the end of last year.) Hopefully the doors that have been opening for Korean literature will continue to open widely enough to include the less “serious” side of South Korea, as well.

In the meantime, for those interested in getting a taste of Korean satire and humor, I recommend this list as a starting point:

1. A great introduction to early modern Korean satire: Ch’ae Man-sik’s novel Peace Under Heaven, translated by Kyung-ja Chun, or “My Idiot Uncle”, translated by Suh Ji-moon, and found in this anthology.

3. At Least We Can Apologize by Lee Ki-ho, translated by Chris Dykas.
This story focuses on an agency whose only purpose is to offer apologies—for a fee—on behalf of its clients. This seemingly insignificant service leads us into an examination of sin, guilt, and the often irrational demands of society.

5. Modern Family by Cheon Myeong-kwan, translated by Kyoung-lee Park.
Forty-year-old In-mo, a movie director who’s been jobless for the past decade, decides to move in with his widowed mother. His older brother, with five criminal convictions, has already moved back. Then younger sister Mi-yeon arrives with her bratty, rebellious fifteen-year-old daughter. Mom is delighted to have her entire dysfunctional family back again, but what ensues is both comic and frightening.