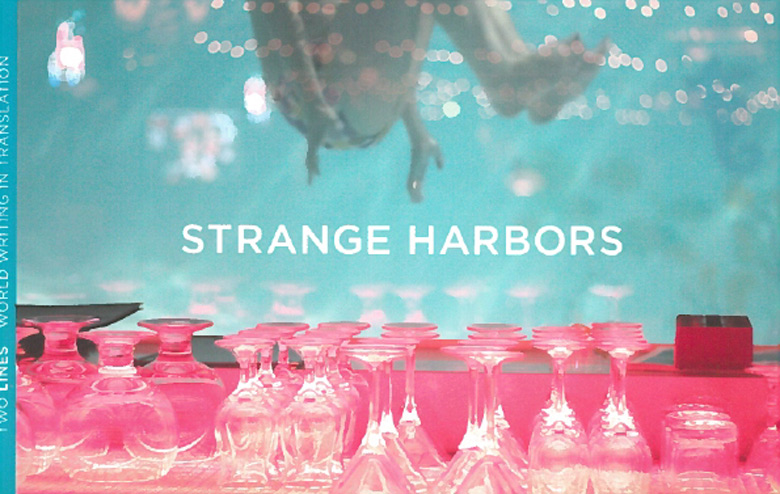 by Teolinda Gersão
Translated from Portuguese by
Margaret Jull Costa

Yes, I put the ad in the newspaper. Someone who likes children and would be prepared to look after a few pets as well. Only a couple of dogs and some birds, but then not everyone likes dogs and birds. Although it might have been even harder to find someone willing to take care of tortoises or fish. Or large birds, like parrots. People somehow always manage to kill off pet tortoises, they overfeed the fish and find squawking parrots positively alarming. So perhaps I needn’t have worried. After all, dogs and small birds are the kind of perfectly ordinary creatures you might find in any home.

But I was so tired then that I didn’t have time to look after anything; everything seemed to swell up inside my head until my brain felt as if it was about to explode. Everything, even dogs and birds, became an enormous, crushing weight.

It was like living in a nightmare. The amount of work I had to do at the office was absolutely crazy; I worked late every night, and even when I got home I’d sometimes still be writing letters, sending e-mails, making phone-calls, but always with a terrible nagging sense that I was never getting on top of the really important stuff. By the time I got home, our daily would have gone, leaving the housework only half—done, and supper time and bath time were utter hell, not to mention the children’s homework, which got in the way of mine, my homework, which, of course, I shouldn’t have been doing and which, in turn, got in the way of theirs. And then I still had to feed the dogs, take them for a walk and clean out the bird cage.

Needless to say, Carlos didn’t do any of these things, although he was always accusing me of working too hard. In fact, he really resented me working so much, as if it were some kind of personal affront. The number of times I regretted having given in to the children and bought the animals. And the number of times, too, that I regretted having had the children. Not, of course, that I said as much.

Anyway, what was done was done, and now I just had to get on with it and look after the whole lot of them.

And then one day, I got really angry; enough is enough, I thought, and it was then that I decided to look for a live—in help.

A loving help, asked the concierge, puzzled, mishearing what I said when I informed her of my plan.

Exactly, I said, and the sooner the better. Today. Yesterday even.

But the days passed, and no help appeared. That was when I put the ad in. The animals were what worried me most. Any candidate for the job would be sure to change her mind when I told her, point—blank, even when everything was signed and sealed: Ah, by the way, we also have two dogs and some birds.

They’d be off like a shot. I was sure of it. Four children were quite enough. Four children, even without any pets, would discourage the very bravest of souls. Any normal person would keep a safe distance.

So I decided to be totally upfront about it and to explain the situation in the ad. Anyone who replied would know just what they were getting into and there’d be no nasty surprises. Not for me either.

In fact, I was very pleasantly surprised. After a few idiotic phonecalls and a number of unlikely candidates, I suddenly heard a calm, easy voice on the other end of the line. The owner of the voice even had a sense of humour, because I remember there was some silly misunderstanding or other, and she laughed, as if the whole thing was terribly amusing.

And when she arrived that same afternoon, I was able to confirm what the voice had promised: she seemed very confident and efficient. Cheerful too. She liked children and got on well with the dogs and the birds. She would take charge of everything, so I could dismiss the daily and finally get a little rest. I sighed deeply. At the time, I was just so tired.

At least I think that’s how things happened. I lay down on the sofa and fell asleep.

I slept for weeks, months. I woke up and went to the office, or else didn’t wake up at all and just slept day and night, with my eyes wide open. I would come home and go straight back to sleep, sitting on the sofa.

I was so very tired that things seemed to happen only vaguely and in the distance. I remember, for example, hearing the girl singing and the children laughing. I remember thinking that the house was finally clean and tidy. Hearing my children doing their homework in the kitchen and one of them asking: what’s seven times four? And the girl answering: twenty-eight, and my son repeating: twenty-eight, and me thinking that that was also her age: twenty-eight.

And then another of my children started reading out loud, and I fell asleep, but I could still hear his voice.

Mine was an irresistible sleep that covered everything. I was simultaneously awake and asleep.

I could hear the dogs padding lightly around, the refrigerator purring, the tap dripping, a chair being moved. Through the open door I saw my youngest son climb onto a chair in the kitchen; he’s going to fall, I thought, but made no move to help him; I saw him perched on the chair, saw him reach out his hands over the sink, turn on the tap, press the palm of his hand to the spout, saw the water spurt out on all sides in a fine spray soaking his face and clothes, not that he seemed bothered, because he laughed and stood on tiptoe in order to get still closer to the tap. Then the chair toppled noisily over and the child fell.

The sound of crying, then a warm, persuasive voice—it’s all right, it’s all right. The child, once he’d got up from the floor, his tears kissed away, snuggled up against the girl’s slender form. Her tight—fitting apron tied around her waist.

Again the sound of the tap dripping, ping, ping, into the water in the sink.

One of the dogs comes over and sniffs me. Probably checking to see that I’m not dead. One of my arms is hanging loose, almost touching the floor, but I don’t move. The other dog comes racing up as well. Someone calls to them softly, grabs their leads and pulls them away, saying: Sh! Sh!

Ah, I think, they’re going to take them for a walk. They disappear for a while, the dogs and the children. The front door bangs, there’s the sound of the lift descending.

The sofa smells of dog. I can hear the birds chirping in the next room. It’s late afternoon or early evening. Carlos will be home soon, I think, but I can’t move. It may be Fall now, but it’s still warm.

Time passes and now I hear footsteps again and noises around me. A child approaches and kisses me on the cheek. He puts his arms around my neck, and I know that it’s my youngest son. Momma, he says, Momma. He shakes me, but I continue to sleep.

Finally, he leaves me and goes off in search of a book; he sits down on the carpet and starts to tear the pages. He picks up a glass, goes to the kitchen for water, places the glass on the table next to the sofa, kneels down on the floor, reaches out his hand for the glass and knocks it over. It’ll mark the table, I think, because the water will leak onto the wood under the glass top. I think: Carlos will be furious when he finds out.

But when Carlos arrives home, he isn’t furious, he doesn’t even notice. He makes lots of noise with the kids, picks them up and hugs them. There’s laughter, games, blindman’s buff, perhaps, or hide-and-seek, with doors being opened and slammed shut again.

Now the children are doing their homework in their room, and he goes quietly into the kitchen, draws the girl to him and kisses her on the mouth.

And then they take each other by the hand and leave. They’ve packed their bags, and because it’s now Winter, they’ve put on their overcoats and given the children anoraks to wear, as well as woolen gloves and hats. Carlos and the girl kiss each other again, furtively, on the lips, then close the door, and they all leave, without a sound, on tiptoe, taking the two dogs, both on the same lead, and carrying the birdcage. 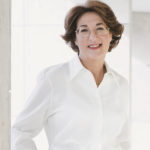 Author
Teolinda Gersão
Teolinda Gersão was born in Coimbra, where she studied Germanics, English, and romance languages at the Universities of Coimbra, Tuebingen, and Berlin. Her work has received some of the most important awards for novels and short stories in Portugal and has been translated in several languages. 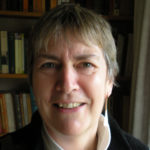