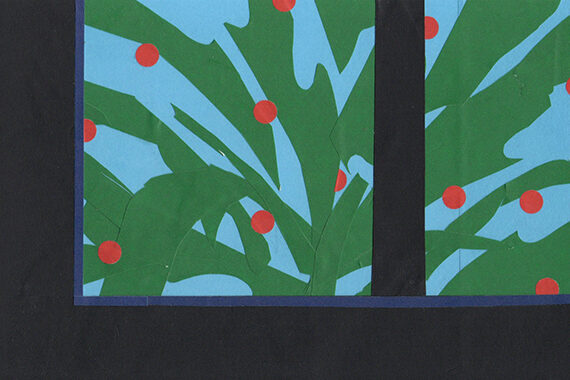 Poetry | Dec 2020
from Stillness
Stillhetens sträckta halsar
By Mats Söderlund
Translated from Swedish
By Olivia Olsen
these millions of nerves that glimmer / in the dark, bones, luminous / little worms, synapses 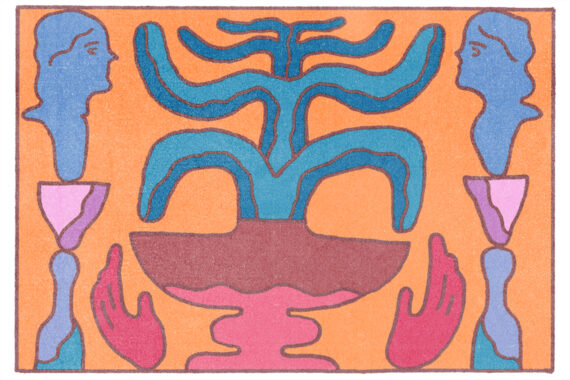 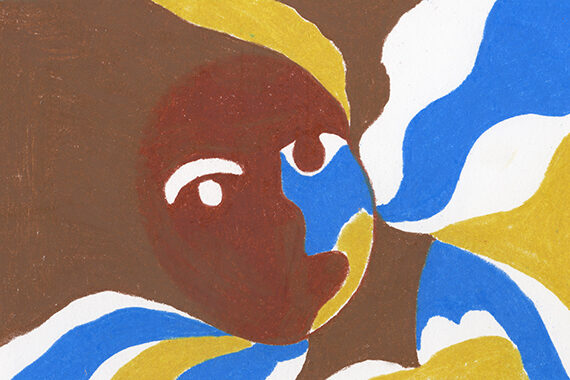 Poetry | Mar 2019
The Things that Happen in City B
B시에서 일어날 일
By Yideum Kim
Translated from Korean By Hedgie Choi, Soeun Seo, Jake Levine
The outskirts of City B, a professional exfoliator lives there and an undertaker uncle who waits for the dead also lives there and also a very proud but unlicensed doctor. If I lie on his wooden plank, he pricks my toes for free. I wonder, shouldn’t I be spreading something too?

Poetry | Mar 2019
While the Neat Freak Goes to Wash
결벽증 남자가 씻으러 간 사이
By Yideum Kim
Translated from Korean By Hedgie Choi, Soeun Seo, Jake Levine
Is it because of infinite germs? The unspeakable psychological filth? Is it because of the soap stuck to the soap that you wash, wash, rewash? Go ahead, wash until there’s nothing left. Until your face is gone and your shape is squashed.

Fiction | Mar 2019
The Frogs of Karoliniškės
Karoliniškių varlės
By Ričardas Gavelis
Translated from Lithuanian By Elizabeth Novickas
That evening I realized I wasn’t going to bear that mocking of the frogs any longer. The ruptured sack of patience splattered me with hate, uncontrollable irritation, and spiritual vomit. I leapt out into the stairway naked, at that moment completely forgetting what world I was living in.

Poetry | Mar 2019
“One of them was called Mandelbaum” from Polonaise
"L’un s’appelait Mandelbaum"
By Emmanuel Moses
Translated from French By Marilyn Hacker
I now recall there was also a Faigenbaum (fig tree). A very solitary drinker.

Poetry | Mar 2019
A Child’s Drawing
Dessin d'enfant
By Emmanuel Moses
Translated from French By Marilyn Hacker
The swing creaked in the evening sunlight. Above it, there was a rainbow.

Poetry | Mar 2019
“A woman put her suitcase down” from Polonaise
"Une femme posa sa valise par terre"
By Emmanuel Moses
Translated from French By Marilyn Hacker
I would not have undertaken this journey that will lead me, maybe God knows where

Poetry | Mar 2019
Ashes
Cendre
By Emmanuel Moses
Translated from French By Marilyn Hacker
I am covered with ashes the way a tree is covered with leaves.

Poetry | Sep 2018
Basic Wisdoms
osnovne modrosti
By Tone Škrjanec
Translated from Serbian By Ana Pepelnik, Matthew Rohrer
"they said there’s no time / that the place is too small / that the water burns"

Poetry | Sep 2018
A Flock Sign
znak črede
By Tone Škrjanec
Translated from Serbian By Ana Pepelnik, Matthew Rohrer
"a sheep is grazing dry Garden / Cress diligently, like an ant./ it is showing its blue woolly ass / to us, driving by"

Non-Fiction | Sep 2018
The Poem and Its Reader
El poema y su lector
By Alejandra Pizarnik
Translated from Spanish By Cole Heinowitz
"That makes three of us: myself; the poem; the addressee. This accusative triangle demands a bit of examination."

Poetry | Sep 2018
Ahasver
Ahasver
By Marko Tomaš
Translated from Serbian By Rachael Daum
"It is easy / to forget about your homeland. / You have to be restless / as the moon,"

Non-Fiction | Sep 2018
The Poet and the Poem
El poeta y su poema
By Alejandra Pizarnik
Translated from Spanish By Cole Heinowitz
"Poetry is where everything happens. Like love, humor, suicide, and every fundamentally subversive act, poetry ignores everything but its own freedom and its own truth. To say freedom and truth to refer to the world in which we live or don’t live is to tell a lie. It is not a lie when you attribute those words to poetry: the place where everything is possible."

Poetry | Sep 2018
Colony
Kolonija
By Marko Tomaš
Translated from Serbian By Rachael Daum
"This is the one city / I have to leave. / This is the one place / I can live."

Fiction | Sep 2018
The Return
El regreso
By Sergio Pitol
Translated from Spanish By George Henson
"He, who detests anecdotes, is suddenly full of them, a prisoner. He believes it ideal, both in life and in literature, that facts can be assembled, fused to such a degree that they become neutralized, diluted in a sort of fluid in which none of the parts is significant by itself but rather as part of the whole, which, after all is said and done, should be a mere climate, a certain atmosphere."

Non-Fiction | Sep 2018
The Black Khunu Melon
Qara xunu
By Nariman Hasanzade
Translated from Azerbaijani By Elnur Imanbayli, Alison Mandaville
"I don’t know what was going through my mind that day as we passed by the edge of what we called “Faraj kishi’s melon plantation” (Mr. Faraj was actually just the guard for the collective). But suddenly Mohlat stopped me, catching at my shoulder with his hand. It was a hot day and we were both burning with thirst.  'Look at those black khunu melons,” he said. “What do you think?'"

Poetry | Sep 2018
On the Edges of the Horizon the Sky Is Made of Plush
na obronkih obzorja je nebo iz pliša
By Tone Škrjanec
Translated from Serbian By Ana Pepelnik, Matthew Rohrer
"shiny drops of sweat are piling up / on the face of time that stopped for a moment. slowly sliding / also over its mildly rounded firm belly."

Poetry | Sep 2018
The Heat of Friction
摩擦熱
By Yumi Fuzuki
Translated from Japanese By Jordan A. Y. Smith
"Friction from passing you by / lent me a secret heat. / Finding that tiny needle eye / gave me such joy."
previous next
previous next