my digitized face in the blinking of the screen. Halfway down the street a door, 1m2 of sidewalk, 2m3 of air, a scene where time [stealthy in its massless weightless abstraction] will plunder memory in order to embody itself. My time by your side showed me there were no more reasons to believe in the impossibility of life after death than there are to believe that it’s equally impossible before. That the light that arrives at every instant and makes you happy and well-made is made of kisses that you sent out, and that in the form of an irrefutable truth [invisible] come back [who sees the light]. That the sprinter’s loneliness is more than the distance runner’s not because he gets there first, but rather because he imagines that he’ll get there first; but, where. Without words, you looked straight ahead, you were squeezing my hand, you were crying and it was raining. I saw clearly at that instant [sum of instants] why that line that was so bad was so good that that Replicant uttered before dying, because in your eyes I saw things that neither I nor anyone had ever seen and they’ll all be lost [life and death are simultaneous] like your tears in the rain. This time there wasn’t any white bird in flight to tell us that something dies in saturated light so that something else can be born in emptiness [Heinsenberg said it, Heraclitus said it, Burgalat said it, so many said it]. Only transparent opacity. Now I only aspire to enumerations.

the hardest to narrate is always the present. Its instantaneity doesn’t allow for projections, fantasies, loss of focus. I don’t know if all of that existed because I don’t know if it exists. I don’t know if your hands are true [though I do know they’re believable] under the rain, and your eyes like Polaroids [unrepeatable and revealing more than expected]. You were crying. It was raining. Who’s leaving who if we’re all going around delayed from ourselves, leaving behind what we understand, in order not to understand what we can’t handle: that everyone is one and, what’s more, not numerable, that other women will come, that other men will come, that it’s scary to think to what extent we’re all interchangeable. I know I won’t be able to forget all I saw in your eyes: the ionized air above our heads, your clasped hands [I’m not sure exactly what vision they were trying to refute]. It could have been me who was crying, it could have been in me where it was raining. It could be you’re still kissing me, or that that Tuesday [to pick a day] never existed.

[I’ve got it written down somewhere], the arts developed with the sole purpose of nullifying weight, and amongst them all, the most sublime is the couple. Your door, the street, the hill. There is in this kind of goodbye a strange aquatic antilaw [you were crying, it was raining] that submerges Archimedes’ Principle and invalidates it. There’s nothing more melancholy than a tongue of lava down the mountainside, drunk on destruction and straight to atrophy, anyway. You held on to my hand really tight, you were looking straight ahead voiceless, a rubber band held your hair in another less experimental territory, better known, a map of flat bodies that copulate at night [what a hermetic paradox, what fear or loneliness controls them]. Your face is no more because there’s no center, there’s no center because there’s no end, there’s no end because end is a word that I don’t understand right now. Weighing over your body and mine was the terrible certainty of always arriving late to ourselves: that’s why we lent them to each other one day [and everything that that carries along with it]. After, the flowers, the hotels, the letters, Sunday architecture, in ecstasy in ugly buildings of summer and seaside, like that Paraíso song said, until we circled the city and you offered me a Lucky, a light, a Tuesday night for the first time with no objective, no destination, destination was a weird word, it got in the way, like how the appendix blocks the intestine, it atrophies it, or the solution to the enigma, that unties it, until we got to your street, you were crying, it was raining, you grabbed my hand tight, we discovered without words another certainty: that from then on we would never arrive late to each other, that any day could expect to be the last and, nonetheless, we had to pick this one to say goodbye.

in that hotel in Capri I saw you as you really were: sacred, violent, promiscuous, sweet, naïve, in summary A.H, in front of Tiffany’s having a hangover with diamonds for breakfast. But whatever the East says, evil exists, it shows up in a certain way that opposites cohabitate. We took a picture naked in the mirror, that for some physical law didn’t come out. An excess of perfection, capillarity. Symbols are nullified, bodies decompose, a paradox that invalidates and establishes fear. You were so whole with those pointy boots; so truly distant in the Casa Malaparte. You took a lot of pictures of the Circunvesubiana sign, the train-belt that circled Vesuvius, its rumble let up smoke: tired beast that we also circled in silence that last Tuesday in another faraway city without center or criterion.

Nonetheless, it is still unknown

if the fusions of galaxies and of black holes

are specific to a particular stage

of the universe’s evolution.

It is possible that they were more numerous

in the past, but even the Milky Way will join

with Andromeda within some few

And it will be an uneven process.

each of us came with their past [which is the same as saying programmed future]. Without you knowing, in every hotel in Naples I would steal toilet paper, a sample, let’s say, to scan it upon returning home, to watch the ordered chance of an assortment of black points over white flow onto the PC screen, a map of pixels in which to read a number, an emptiness that, being profane, is in a certain way sacred, pixels guaranteeing that silence that alchemy had looked for in objects and that I looked for in you [your hands of a young retired model, your tongue mute in a kiss]. The scan revealed maps, figures, things, reflections of what would come and what I never showed you, two Replicants in search of a more conventional life, mortals’ oxygen that wouldn’t suffocate them. I’ll call this scan pixelation no 1 [I now only aspire [[I said it before]] to enumerations].

the water in your eyes fortified in ions, in low clouds. Casa Malaparte, the canine tooth of another horizon, it resides only in its own photographs. Also the glamour surrounding your pointy boots lives inside your pointy boots; and I’m not talking about your feet; I’m talking about poison. I’ve read that poison is poison, but adulterated poison, what is it. I’ll call it pixelation no 6.

a truck goes by, I compose

To the kitchen of apartment A, first floor at no 4 calle Estudio General, Palma de Mallorca, the place where I wrote this book. 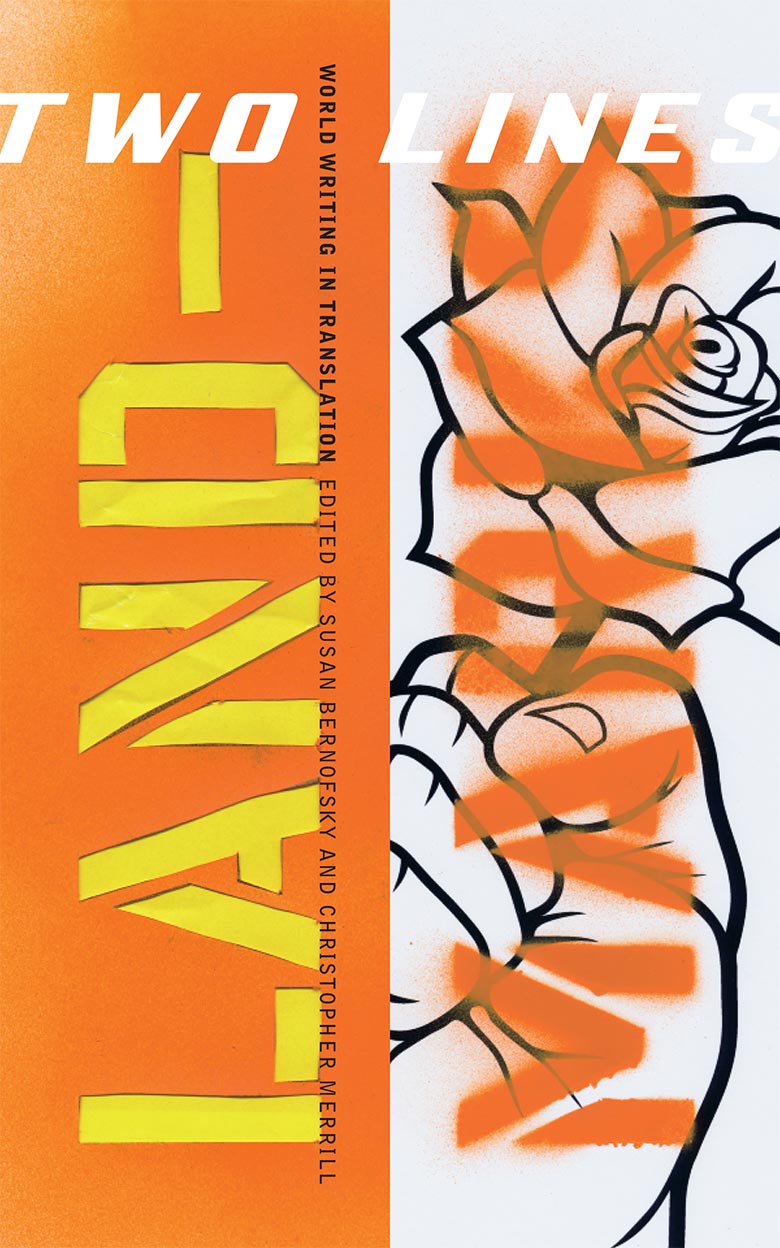 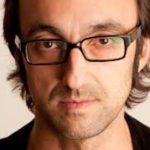 Author
Agustín Fernández Mallo
Fernández Mallo was born in La Coruña in 1967. He garnered significant fame in Spain with his narrative trilogy, the “Nocilla Project,” comprising the titles Nocilla Dream, Nocilla Experience, and Nocilla Lab. His most recent publications are Antibiótico, a book-length poem, and a second edition of his first book of poetry, Yo siempre regreso a los pezones y al punto 7 del Tractatus. He actively maintains a blog hosted by his publisher, Alfaguara. 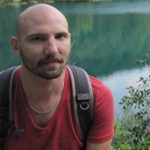