The Uyghurs are an ancient people whose forebears are thought to be Turk-Tocharian, and have lived in Central Asia since the first millennium BCE. This area has played an important role since early times because of its favorable geographic location on the ancient trade routes between the East and the West, connecting Greco-Roman civilization with Indian Buddhist culture and Central and East Asian traditions. Burgeoning commerce and cultural exchange brought a cosmopolitan character to the region, marked by linguistic, racial, and religious tolerance.

Over hundreds of years, the Uyghurs have developed a unique culture and have made significant contributions in the history, literature, sciences, architecture, music, song, dance, crafts, and fine arts of Central Eurasian civilization. Most of the ten million Uyghurs today live in the Uyghur Autonomous Region that comprises roughly one-sixth of China’s territory, though diasporic Uyghur communities have settled all around the world. Uyghur religious beliefs are a mix of Shamanism, Buddhism, Manichaeism, Nestorianism, and Islam, which was adopted as the official religion in 960 CE, during the rule of King Sultan Satuq Bughra Khan.

The word Uyghur (also transliterated as Uighur or Uygur) means “unity” with undercurrents of “union,” “coalition,” and “federation.” The name’s earliest known appearance can be traced to the Orkhon Göktürk inscriptions carved on stone monuments in Central Mongolia, and can be found in medieval Uyghur, Manichaean, and Sogdian scripts, as well as Arabic-Persian scripts. Apart from these Inner/Central Asian designations, the name appears in diverse Chinese manuscripts throughout history, where it has been transliterated into more than one hundred forms: Die, Chidie, Hu, Saka/Scythian, Hun, Uysun, Dingling, Qangqil, Sogdian, Tokharian, Hugu, Huihe, Yuanhe, and on.

The Orkhon Göktürk inscriptions, also known as the Orkhon-Yenisey inscriptions, were discovered in the late nineteenth century by a Russian archaeologist in the Orkhon Valley near the Yenisey River. They are the earliest example of writing in any Turkic language—the runiform text telling the story of Turkic reconstruction after many years of Chinese subjugation. The inscriptions are dated to the early eighth century, and the runiform is thought to be an early form of Old Uyghur, also called Old Turkic (or Türki), once the lingua franca of Central Asia. The Orkhon-Yenisey alphabet was eventually replaced by the cursive form of the Sogdian (early Persian) script, and the Uyghur language continued to transform as it became the literary language of many Turkic peoples, spreading widely during the Iduqut (holy chieftain) Uyghur Khanate from the mid-eighth to ninth centuries and the Karakhanid Khanate from the ninth to thirteenth centuries, and through the Chagatay Khanate into the late seventeenth century. Modern Uyghur belongs to the Ural-Altaic language family, and is related to Uzbek, Kazakh, Azerbaijan, Turkmen, and Kyrgyz. Although at least seven different writing systems of the language have been created, an Arabic-based alphabet is most common today, with a Cyrillic and two Latin scripts also in use. In other words, in the land of the Uyghurs, we are not only in the realm of chickens trying to talk to ducks, as the Cantonese humorously say in regard to the Han Chinese, but of chickens trying to write to ducks.

As with all civilizations that have depended on a highly developed oral culture to pass down their literature, customs, myths, and beliefs through the generations, the literary art with the longest and richest tradition for the Uyghurs is poetry—a poetry rooted in song and music. For many centuries, Uyghur poetry was written in Persian, and poets such as Lutfi (c. 1367-1463) and Ali-Shir Nava’i (1441-1501), excelled in ghazal and rubai forms, as well as masnavi rhymed couplets, qasida, and dörtlük, tuyugh quatrains, which retain a similar aaba rhyme scheme as the rubai, but all the rhyming words are homonyms and the meter is based on the syllabics of Turkish folk music, rather than a Persian-Arabic form.

One of the most famous Uyghur texts is Mahmud al-Kashgari’s eleventh-century Turkic-Arabic Dictionary of the Turk Languages (Diwan Lughat al-Turk), which is less Webster’s than an encyclopedic lexicography and ethnography of Turkish culture, dedicated to the Abbasid Caliph al-Muqtadi, and, among other things, includes maps and poetry: elegies, heroic songs, drinking and hunting songs, love lyrics, debates, nature and gnomic poems. We’ve included translations of a few of these poems, as well as some fragments of early medieval Uyghur Buddhist and Manichean poems unearthed in the Turpan Basin.

We’ve also included a few poems by the famous modern Uyghur poets Abdurehim Ötkür and Abduhalik Uyghur, as well as a recent poem, “Motherland Shines My Heart” by Dilber Keyim Kizi. It is interesting to note that Kizi’s poem was written in direct conversation (or subversion) with one of the most well-known Uyghur poems in recent memory, Teyipjan Eliyev’s “Ode to the Motherland,” which can be found in the standard, state-controlled Uyghur textbooks of the post-Mao era. Eliyev’s poem opens, “China is my dear mother, the place of my birth, I am her son….” One must consider that if a Uyghur poet doesn’t write like this, the risk of arrest and execution has proven to be high. Just looking over the names of Uyghur writers of the twentieth century, one can see that few have reached the fullness of their years; many were imprisoned and killed by their thirties.

“Every language,” writes the Senegalese poet Léopold Senghor, “can provide material for the humanities, because every civilization is the expression, with its own peculiar emphasis, of certain characteristics of humanity.” We hope to share a little of the depth and diversity of Uyghur poetry, writing that is evidence of a vibrant, evolving culture and civilization. Contemporary Uyghur poets such as Adil Tuniyaz, who has written many poems about beer, Polat Hewizulla, and Ahmatjan Osman are familiar with the work of the Russian modernists, Tartar futurists, French symbolists, western and eastern threads that converge, once again as in ancient times, at the Uyghur center. Who is listening? Osman, in his poem titled “Robinson Crusoe,” gives us these lines, translated by scholar Michael Friederich: “I have to leave / To chain the world into my questions. / I will show all things / Through eyes of doubt. / I am the Robinson of this time, / I will build / My island / In another world.”

Translator
Dolkum Kamberi
Dr. Dolkun Kamberi, the founding Director of Radio Free Asia Uyghur Service since 1998, earned his MPhil and PhD degrees from Columbia University, and completed his post-doctoral research at the University of Pennsylvania. He is an internationally recognized scholar and authority on the ancient Silk Road civilization and Sino-Turkic languages. Dr. Kamberi’s career has spanned work as a field-archeologist, university professor, linguist, translator, and Uyghur media specialist. He has been invited to speak at many universities throughout the U.S. and at international conferences around the world, on subjects related to Central Asian political, cultural, historical, linguistic, archeological, and human rights issues. His articles on Silk-Road civilization have been published extensively in many languages. 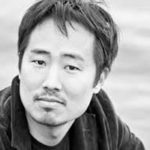 Translator
Jeffrey Yang
Jeffrey Yang is the author of the poetry books Vanishing-Line and An Aquarium. He is the translator of Su Shi’s East Slope, Liu Xiaobo’s June Fourth Elegies, and co-translator of Ahmatjan Osman’s Uyghurland: The Farthest Exile. He has edited two poetry anthologies for New Directions Publishing: Birds, Beasts, and Seas and Time of Grief. His translation of Bei Dao’s autobiography, City Gate, Open Up, is forthcoming from New Directions.