A perfect answer is always a sort of riddle.
—Henry Miller

When I was in jail I worked out all day long in order
to keep in shape and not get wiped out,
The prisoners made fun of me all the time and called me
Charles Atlas for keeping in shape and not getting wiped out.
In Yard Seven there was a twenty-year-old kid who was
in love with a metal icosahedron
and would polish it all day with his spit, his tongue,
his fingers, the song of his shirt
and make it reflect the gray walls, which politely
returned a livid luminosity.
One noon, stretched out on the yard, I was sleeping
with my face in the sun
and the kid came over and began to entertain himself
balancing his polyhedron on the point of my nose
while drawing strange figures on my chest with a piece
of chalk which corresponded to the oscillations of his toy,
and which would determine the whole course of my life from
then on, if I would manage to get out of prison, as I was
hoping, thanks to the efforts of my wife.
Long before opening my eyes I had figured out what was going on,
but it was dangerous to contradict this boy, who had killed
six pals with a shiv.
No one dared to get friendly with him because of his
obsessions and his temper,
so they preferred to watch him from a distance, asking
themselves who would be his next victim.
Not daring to startle him, then, I was as quiet as my soft
breathing would allow,
until he began to trace signs on me with his blade, whose point
was scratching me with growing intensity.
Meanwhile all the prisoners had gathered on the balcony of
the second story surrounding us and were watching in silence,
as he told me himself, his mouth close to my ear.
He put the point of his knife inside my ears and inside my nose,
and brought it close to my eyes,
like a lover scratching with a stick in the sand until
his favorite shell appears.
Then he brought the blade to my lips, slipped it slowly between
them, and sliding it along my tongue told me, “Swallow it!”
As he waited I reached out my hand softly and taking his
right hand I held it with entire tenderness and understanding.
After about five minutes everyone on the balcony started
applauding and cheering wildly.
I opened my eyes and saw that he was wiping the marks from
my breast with a handkerchief and my own sweat.
After that he was my best friend in the joint and when they
let me go he gave me his brilliant polyhedron of polished steel
facing which I write my poems. 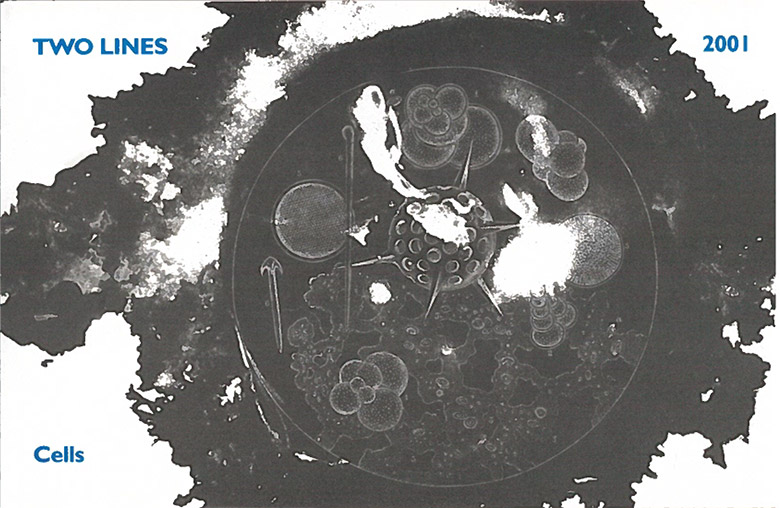 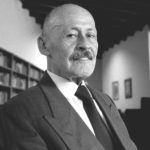 Author
X-504
X-504 (pronounced in Spanish Equis Quinientos Cuatro) was the nom de plume of Jaime Jaramillo Escobar, born in 1932 in Pueblorrico, a tiny village in the hills outside Medellin, Colombia. X-504 won the Cassius Clay Prize with the manuscript for his book Los Poemas de la Ofensa (The Poems of the Offensive) and participated in the Nadaismo poetry movement. 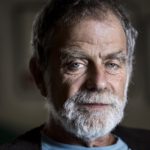 Translator
John Oliver Simon
John Oliver Simon is a poet, educator, artist, and translator. He is a board member of California Poets in the Schools. In 2013, he was named the River of Words Teacher of the Year by former Poet Laureate Robert Hass. His translations of contemporary Latin American poetry have been featured in Poetry Flash, American Poetry Review, and Zyzzyva. He is the recipient of an Individual Artist’s Fellowship by the California Arts Council and an NEA Fellowship in Translation for his translations of Gonzalo Rojas.