The Ghost of the Pig

Mama and papa are blind.

One day, when I was very little, I crawled from the house into the backyard. There papa had a piglet he was raising to slaughter on Christmas Eve. Mama got mixed up, grabbed the pig and began breast-feeding it, thinking it was me. (The old lady exclaimed loudly about the little thing’s appetite, since it was giving her painful nips as it suckled.) She diapered it and put it in my cradle, and chucked me into the pigsty. This went on for a while, since papa didn’t notice anything out of the ordinary either. They threw me table scraps and gave it fruit preserves, milk, juices, and malanga mush. It was a miracle that I survived, but I got used to the scraps.

Around Christmas the old man came looking for me in the pen with a huge knife in his waistband. I screamed and cried (which my father probably took for oinking), and my fear was so intense I went caca on him. I really made a mess, and he was yelling louder from nausea than I was from fright. He leaped away from me and dashed off like a rocket to wash off his arms.

Mama was bathing what they thought was their kid in a basin, and when she heard him coming back, she called out to him, startled, that something was “very strange” about their son.

“Why?” he asked. She replied, “Dear, he’s not a boy; he’s a girl.” As a matter of fact, the piglet didn’t have what a little male should have, but just the opposite. (It was really a sow and not a hog that they’d been raising in the pen.)

“And how is it we never noticed before?”

Mama grabbed hold of “him” and told papa they had to go see Juliana right away, because she was sure she’d given birth to a boy child, not a girl. “What the devil’s going on? It must be a hex put on me by Godknows-what-son-of-Eleggua. And after I’ve told the whole world that he was a boy, a boy! What a disaster! What an embarrassment!” They didn’t know if they could show their faces now.

Juliana would put something resembling a fish bowl full of water in the middle of the table and gaze and gaze until the “juices,” as she said, rose up in the form of bubbles. So my mother and father set off, lurching along with the piglet in a basket toward the house of the black medium. There were a million folks waiting in the hall to consult her, since Juliana was excellent (or so people said who said they knew).

The people waiting were half-mad with impatience. But my mother had a fit, maintaining they had the right to go first since they were blind. And they showed their blank eyes and began to feel their way around the house.

The people wouldn’t give way: the lame waved their crutches, the armless their stumps; the paralytics shouted as they beat the wooden wheels of their chairs (made from codfish crates) like drums; and the dwarves jumped all over each other in protest. But someone laughed and began whispering, and then another, laughing under his breath, until a wave of laughter drowned out everything, because they had seen what was peeking out from the bundle of rags that my mother carried.

When they entered the room, Juliana was in a trance, the little piglet was grunting like a demon, and you could hear the chorus of laughter outside the door.

Juliana, her eyes like boiled eggs, told them to dash home, get the pig out of the pigpen and throw in the child instead. That would bring them good luck. So they did. That’s how I returned to my parents’ home. Of course, from then on, mama and papa thought that I was a pig. For example, they would shout “Clean your snout.” Or maybe “Damned pig, you got the dinner table all muddy!” or ” You little swine, you’ve peed your bed again!”

What a beating they’d give me for the least thing, thinking that they could perfect me and turn me into a person, they said. And every beating came with plenty of advice. They told me this wouldn’t last long, that the fat and rollicking times were almost over, because as soon as Christmas came they were going to carve me up and put me on the table smothered in onions and sauce.

I told them I spoke just like they did and pigs don’t talk. Then they began singing at the top of their lungs pretending they couldn’t hear me, or they would yell in my ear that they had taught me everything I know, making a million and one sacrifices even though I was a pig. But that as soon as December got here I’d better “get ready” because they were going to put me in the oven, and if not, if December came around too slowly this year, they were going to sell me to the guy from the “Tattered Big Top” Circus so they could exhibit me as the world’s only pig that talks and cries.

At that point I got a little scared, since they didn’t know that I was really their son and the other one was the pig. Even though I was also thinking maybe I was the mixed-up one and he . . . or she . . . was really the child— who knows?—and I was the piglet. Or maybe it wasn’t that but just the opposite, and the child was me after all and they were the pigs, as blind as they said they were, who cared nothing for anyone and never understood anything and devoured everything they came across.

Then I got a little scared, as I was saying, and the fear grew as if it were a gigantic wild pig running amuck in the middle of the night. Now everything there smelled of fear: the house with its half-broken furniture swollen by rain, the rickety palm roofs, the dirt floors that could sink like tombs at the least expected moment, the wardrobe mirrors covered by leprous blackness like the maps of countries that don’t exist, and the yagruma bush grumbling fearfully in the breeze . . .

Then I decided to run away from home, or, even better, just make them think I had. Because I didn’t really escape, I just hid until they began to look for me. “What bad luck,” they said, “What bad luck,” complaining no doubt because if I were gone they wouldn’t have anything to eat when it got cold, not knowing they could kill the one in the pen, whom they still mistook for their son. Poor things! How could they eat their son?

And then, when they’d given me up as lost for good (I’d been hiding in the outhouse), I returned. But I didn’t say a thing, just came out little by little and hung around the house, always keeping silent. From that point on I never spoke again. They did a lot of wailing, as in “Oh, my son! Oooooh my son!” But it seems to me they would wait until the neighbors were nosing around the house pretending to offer condolences to see if they could get some food or money out of them. Many times the old lady would go over to my bed, kneel down, and pass her hand over it as if I were there (I think she suspected that I hadn’t left). But I was no fool, so instead of sleeping on the bed, I slept under it (which was even better, since it offered both the heat of the earth and, most importantly, safety from the old man’s knife).

I would sit at the table and they wouldn’t notice. I had a great time grabbing pieces of bread and other food they were serving. Then they would get frightened because they thought I was a ghost and would weep, shrieking “My little son, oh my little son!”

I guess this happened because they slaughtered the real pig that December and thought they were eating their own son.

I say that because I believe things were so rough around then that they couldn’t do anything else but slaughter it.

So I think that they thought I was the ghost of the pig taking my revenge on them for having eaten me with yucca and little onions.

Since they believed they’d roasted me, I couldn’t make a peep. There was no longer any danger because whatever I did, they blamed the pig, or my ghost, or rather, the pig’s ghost.

The same way I ate their food, I drank their water and put on the old man’s clothes, laughing to myself as I imitated him, singing and dancing, swaying and moving my lips (I was making the music in my mind), while they cried with hunger or thirst, their eyes enough to frighten anyone who didn’t realize they were completely blind.

Thus months passed, and I began, little by little, to make noise, becoming more and more careless. The years flew in and rushed away like vultures at a banquet. And now I talk, sing, break whatever I want and stomp on the floor, and since they are so old, they think the noise is coming from them. Dry and motionless now (they look like mummies), they think any stirring is their own, that what I say is what they are saying, is what they are. Maybe they even believe they are their own dreams and are ready to awaken from them one of these days, or that they’re already on the other side, dead, and that this (my life) is their other life, the one they never lived. 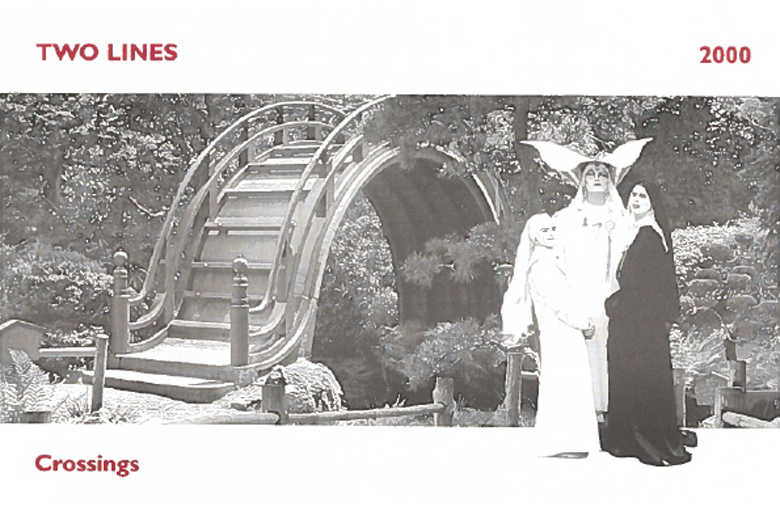 Author
René Ariza
Rene Ariza (1940–1994) was a Cuban writer, playwright, actor, and director. Jailed in 1974 for his political views against the Castro regime, he was released to the U.S. in 1979.
Translator
Michael Koch
Michael Koch, a painter, poet, and translator who works with the mentally ill, crosses regularly between the animal, mineral, and vegetable realms, sometimes in utter disarray, sometimes with fierce aplomb.