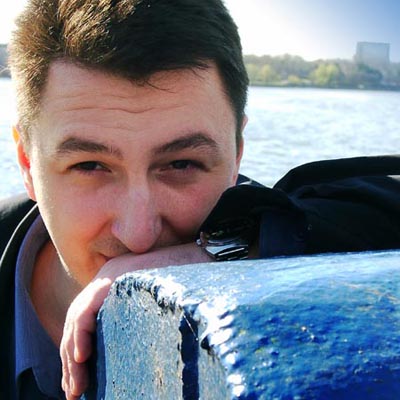 Author, Romanian
Bogdan Suceavă was born in Curtea de Argeș, Romania, in 1969. He attended university in Bucharest and then came to the United States in 1996 to pursue graduate studies, ultimately receiving his PhD in Mathematics from Michigan State University. The author of five novels and two collections of short stories, he had work appear in English in a number of journals, such as Absinthe, Body, Red Mountain Review, and Review of Contemporary Fiction, as well as in anthologies. His novel Coming from an Off-Key Time, translated by Ian Blyth, was published by Northwestern University Press in 2011. Suceavă is currently Professor of Mathematics at California State University, Fullerton. (Photo credit: image courtesy of the Los Angeles Review of Books)
Print Journals