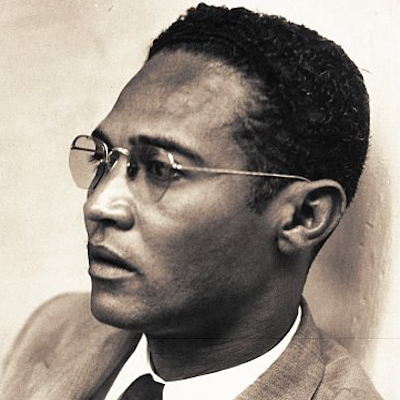 Author, Creole, Haitian
Félix Morisseau-Leroy first came to national attention in Haiti in 1953 when he adapted the play Antigone into Creole. As one of the first significant writers to publish in Creole, he was known as a staunch defender of the Creole language: he worked to expand its teaching in schools and its use in creative literature, and ultimately succeeded in having Creole recognized as an official language of Haiti in 1961. He also worked internationally to encourage the development of national literature in postcolonial Ghana and Senegal. In 1981 he settled in Miami, Florida, where he was influential in uniting the Haitian community around Creole and encouraged its study in academia. (Photo credit: Archives CIDIHCAD.R., ca 1950)
Print Journals