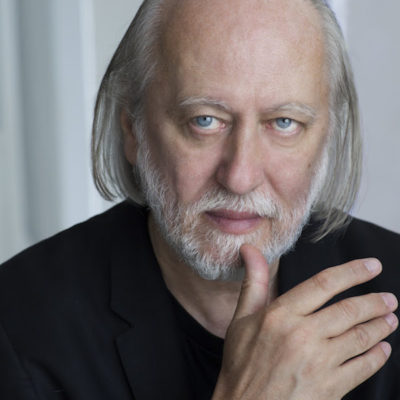 Author, Hungarian
László Krasznahorkai is a Hungarian novelist and screenwriter known for his difficult and demanding novels, often labeled as postmodern, with dystopian and melancholic themes. He is considered by many to be the most important living Hungarian author, and has been a major literary figure in his native country since publishing his first book, Satantango, in 1985. He has written five novels and won numerous prizes, including the 2015 Man Booker International Prize, and the 2013 Best Translated Book Award in Fiction for Satantango. (Photo credit Nina Subin)
Past Events