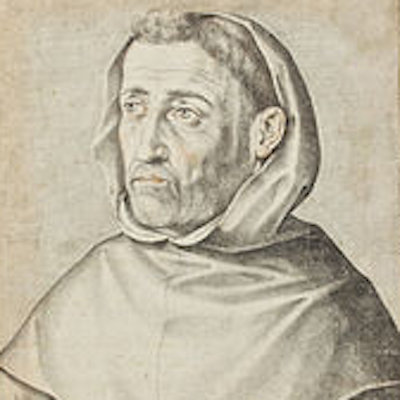 Author
Luis de León was born in Belmonte, Spain, around 1527 or 1528, into a noble family of converts. He joined the Order of Augustinians in 1544 and was later arrested by the Inquisition and imprisoned for almost four years because he had translated a portion of the Hebrew Bible into Spanish, a forbidden practice at that time. He is best known for his poetry—twenty-three poems that were published posthumously by Quevedo in 1637. He died in Madrigal de las Altas Torres in 1561. (Photo credit: courtesy of Google Art Project / Painting by Francisco Pacheco.)
Journals