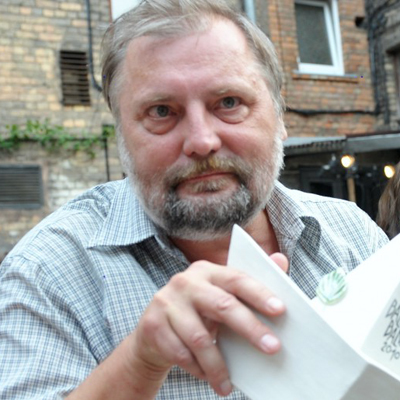 Author, Latvian
Pēters Brūveris (1957–2011) was regarded as a leading poet in Latvia. In addition to publishing nine collections of poetry and four books for children over the course of his lifetime, he also wrote libretti, song lyrics, and animation film scripts. He translated poetry and prose from Turkish, Lithuanian, Azerbaijani, the Crimean Tatar language, Russian, German, and Prussian. He received the Klāvs Elsbergs Award (1987), the Publisher Preses Nams Award in Literature in 2000 and 2001, the Days of Poetry Prize in 2001 and 2005, and the Award in Literature from the Baltic Assembly in 2004. His poetry has been published in Lithuanian, Russian, Swedish, and English translation. (Photo credit: image courtesy of LETA)
Print Journals