by Lidija Dimkovska
Translated from Macedonian by
Christina Kramer
$14.95
Add to Cart

A coming-of-age saga of two sisters, with an incredible twist…

It is 1984, and twelve-year-old twins Zlata and Srebra live in communist Yugoslavia. In many ways their lives are like that of young girls anywhere, except for one immense difference: Zlata’s and Srebra’s bodies are conjoined at their heads.

A Spare Life tells the story of their emergence from girls to young adults, from their desperately poor, provincial childhoods to their determination to become successful, independent women. After years of discovery and friendship, their lives are thrown into crisis when an incident threatens to destroy their bond as sisters. They fly to London, determined to be surgically separated—but will this dangerous procedure free them, or only more tightly ensnare them?

In A Spare Life master poet and award-winning novelist Lidija Dimkovska lovingly tells the lives of two astonishing girls caught up in Eastern Europe’s transition from communism to democracy. A saga about families, sisterhood, and being outcasts, A Spare Life reveals an existence where even the simplest of actions is unlike any we’ve ever experienced.

“A Spare Life uses the boldest of metaphors—the life of conjoined twins—to embody the disintegration of the former Yugoslavia. This strange and wonderful novel brings to mind Elena Ferrante and Magda Szabó in the acuity of its social observation and the depth of its mordant humor.” — Katie Kitamura, author of The Longshot and A Separation

“Dimkovska has an eye for detail befitting of a poet and the stark, unrelenting prose of a master storyteller. A Spare Life is a weird and wonderful book, capturing the quirk and complexity of both a declining Yugoslavia, and the inseparable lives of two sisters with clarity, wit, and heart.” — Sara Nović, author of Girl at War, finalist for the Los Angeles Times Book Prize 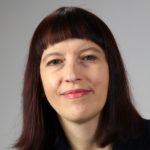 Author
Lidija Dimkovska
Lidija Dimkovska is the recipient of numerous awards, including the 2013 European Union Prize for Literature for A Spare Life. She is also the author of the poetry collection pH Neutral History (Copper Canyon Press, 2012), which was a finalist for the 2013 Best Translated Book Award, and Do Not Awaken Them With Hammers (Ugly Duckling Presse, 2006). She lives in Ljubljana, Slovenia.
Translator
Christina Kramer
Christina Kramer is a professor of Slavic and Balkan languages and linguistics at the University of Toronto. Kramer is the author of the language textbook Macedonian and co-translator of the novel Bai Ganyo: Incredible Tales of a Modern Bulgarian. She translated Lidija Dimkovska’s A Spare Life (Two Lines Press).
Excerpt

Excerpt from A Spare Life

Even when we were little, if she felt she needed to pee during the night, she would throw off the comforter and jump out of bed, which meant she would, with no consideration at all, tug at me, jolt me awake from my sleep and force me to my feet even though I was still in a haze between the dream world and reality. The pain would be so intense in the spot where we were conjoined that I would scream in horror, while Srebra, teeth clenched, would already be running to the bathroom, dragging me with her. Once there, while one of us sat on the toilet seat, the other had to bend down and sit too, which most often meant plopping down on the blue plastic trashcan that we moved to the left or right of the toilet depending on which of us was sitting on the seat. In that trashcan we not only threw away the paper—which was not scented toilet paper, but typewriter paper my mother would sneak from her office and then tear into quarters so we could wipe ourselves after doing our business—but also kitchen waste, leftovers, and all manner of garbage.

I was often cruel, too, yanking her suddenly in some unexpected direction, but I was aware that our heads were joined together, that we should be careful how we moved every minute so as not to hurt ourselves, because the pain at our temples where our heads were joined was unbearable whenever one of us made a sudden unanticipated movement. Srebra was also aware that we were two in one, but only physically—whenever her head started to ache—not psychologically; she would dream up great plans for her life, and she simply took no account of my desires or of our joint capabilities. She was certain that one day, when we were grown and had a lot of money, we’d be able to pay for the surgery that could separate us. She believed it so intensely that even when our heads were still conjoined, she was making plans as if we’d already been separated.

It was like that with the fortune-telling game, too, when she said to me in an absolutely calm voice, “I’ve told you a hundred times I want to live in London, and you haven’t written it down. Look, you put down the letter S. That must be Skopje, but I’m not staying here, not for anything in the world! In London they will surely be able to separate us. They have those kinds of doctors.”

My eyes were already welling up with tears. I pinched her with my left hand on her right elbow as hard as I could. Srebra raised her left arm over her head and smacked me on the head as hard as she could. Those blows on the head she used to give me would hurt for days. Mom once said to her, “If you continue on like this, one day you’re going to punch a hole in her brain and I don’t even dare think what would happen to us then!” And, as always, our father added, “Voracious creatures, you’ve devoured the world!”

Although our heads were not merely joined but shared a vein in which our blood mixed (and in moments of excitement, anxiety, or other extreme situations in our life we both felt our hearts beating in our temples), we thought differently; that is, our brains were not conjoined. I still don’t know whether this was a lucky or an unlucky circumstance of our lives.

This is why whenever Srebra hit me on the head, she would hiss at me, “Don’t you dare tattle at home!” But this time, she did not manage to say anything, because I had started to cry so desperately that Roze immediately bent over us and wiped my tears away with her hand.

“Come on, Zlata, don’t. Look how nicely things are going to turn out for you. Your husband will be a millionaire and you’re going to have one child, and with all those millions, you’re sure to find a doctor to have your heads separated.” I was crying and kneeling down, stock-still, sensing that in Srebra’s mind she was already leaving for London, alone, without me, and I was nowhere. I felt I was not there, that I didn’t exist.