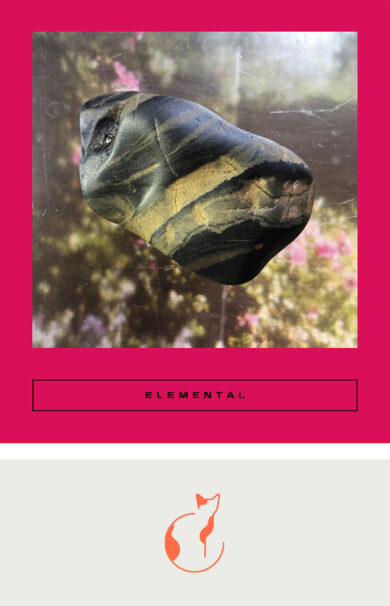 “Stone, earth, water, ice, wind, and burning heat. The stories here dig deep and unexpectedly into life’s fundamentals—the elements and the passions—bringing into English, many for the first time, writers of stature from across the globe. A celebration of both storytelling and translation, Elemental is essential, a gift that opens up the pleasures of new worlds.” —Hugh Raffles, author of The Book of Unconformities

A family’s heirloom stones unearth a story spanning war, illness, andradioactivity. A pipeline installed to protect a town from flooding resultsin a howling that disturbs the townspeople. A political prisoner embarkson an epic flight toward freedom, literally blown like a kite in the wind.

Is the world ours to make? Or is it the natural world that defines—even controls—us? A whirlwind of fantastic new writing from Japan, Iran, Madagascar, Iraq, Germany, and more, this latest installment of the Calico Series maps the intimate, ongoing relationship between human civilization and the environment. Featuring fiction and reportage from eight authors working in different languages, Elemental is an awesome collection that speaks of climate catastrophe, geological time, and mythology; it’s a global gathering of engaged, innovative eco-lit. 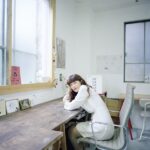 Other Contributor
Erika Kobayashi
Erika Kobayashi is a novelist and visual artist based in Tokyo. History, memory, and radiation play an important role in her work. In her novels, Kobayashi traces the history of radiation via the lives of ordinary people over generations—particularly generations of women: mothers and daughters, grandmothers and granddaughters. Through her writing she wants to make the invisible visible, the unseen seen. (Photo credit: Mie Morimoto)
Table of Contents
Fiction
“Precious Stones”
By Erika Kobayashi
Translated from Japanese by Brian Bergstrom
“Dog Rose in the Wind, the Rain, the Earth”
By Farkhondeh Aghaei
Translated from Persian by Michelle Quay
“Ankomst”
By Gøhril Gabrielsen
Translated from Norwegian by Deborah Dawkin
“We Have Lived Here Since We Were Born”
By Andreas Moster
Translated from German by Rachel Farmer
“Lalana”
By Michèle Rakotoson
Translated from French by Allison M. Charette
“Jamshid Khan”
By Bakhtiyar Ali
Translated from Kurdish by Basir Borhani & Shirzad Alipour
“The Weather Woman”
By Tamar Weiss-Gabbay
Translated from Hebrew by Jessica Cohen
Non-Fiction
“Place Memory”
By Dorota Brauntsch
Translated from Polish by Sean Gasper Bye
Praise

“Stone, earth, water, ice, wind, and burning heat. The stories here dig deep and unexpectedly into life’s fundamentals—the elements and the passions—bringing into English, many for the first time, writers of stature from across the globe. A celebration of both storytelling and translation, Elemental is essential, a gift that opens up the pleasures of new worlds.” —Hugh Raffles, author of The Book of Unconformities

Praise for the Calico Series

“Marvelous…a credit to the art of both poets and translators.” —Cynthia Hogue, author of In June the Labyrinth and co-translator of Joan Darc, by Nathalie Quintane, on Home

“Unbelievably exciting…These are poems to read and reread, repeating the lines as though they were a secret between yourself and the page.” —The Paris Review, on Home

“The poems in this anthology abound with vivid imagery and moving remembrances of the past. They’re also a powerful demonstration of how, using only a handful of words, a poet can create an entire world—as Mohamad Nassereddine does in ‘The Mechanic’s Heresy.’ Observe: ‘When the mechanic in blue / stares up at the sky, / for a minute, he thinks himself God.’ Haunting and resonant throughout.” —Words Without Borders, on Home

“This remarkable anthology of Chinese speculative fiction offers seven tales of societal responsibility and individual freedom. . . . By turns cryptic and revealing, phantasmagorical and straightforward, these tales balance reality and fantasy on the edge of a knife.”—Publishers Weekly, starred review of That We May Live

“With enthralling and precise language, this first book in Two Lines Press’ Calico series of collected translated literature impresses…This collection of speculative Chinese fiction is compelling and provocative, exploring the thin line between reality and absurdity.” —Booklist, starred review of That We May Live

After a while, even I grew tired of searching the Hikari-ga-oka sky for falling bodies, and my sisters and I turned our attention downward, absorbed by the depths of the hole being opened in the ground beneath us.

Construction had begun on the Ōedo Subway Line. We’d heard rumors that a spring or the bones of the dead might burst forth, feeding our excitement as we imagined deep down beneath the earth where the Land of the Dead would be. We’d egg each other on, slipping through the tape cordoning off the construction site to see who’d climb the farthest down into the darkness.

“It’s the Land of the Dead, so that means all the people who’ve ever died are down there, and all the animals too!”
“If you eat something while you’re down there, worms get into your body!”
“If you look behind you as you climb out, you’ll turn to stone!”

The four of us peered deep into the dark hole that had so suddenly appeared. But soon enough, my sisters tired of this too, shifting their attention back to shopping and dating, spending all their time in IMA instead of in contemplation of the earth’s depths.

So I was left alone again to peer tirelessly into the darkness at the bottom of the hole. And, from time to time, I’d slip through the tape and see how many steps I could make myself take down into the depths.

The faintly shadowed stairs seemed to extend infinitely into the darkness beneath the earth.

On this particular day, I think I ended up descending farther than I ever had before, having glimpsed a faintly shining light in the darkness. The faint light drew me down toward it, and I felt exalted. I descended farther and farther down the stairs, guided by the light. My lungs chilled from within as the air around me grew colder. My breath would shine briefly white when I exhaled, drifting through the light before the dark swallowed it.

And so, there beneath the ground, in the dark depths of the Land of the Dead, I encountered not the people and animals who’d died before me, but rather the figure of a woman, naked from the waist down, clinging to a man.

—from “Precious Stones” by Erika Kobayashi, translated from Japanese by Brian Bergstrom