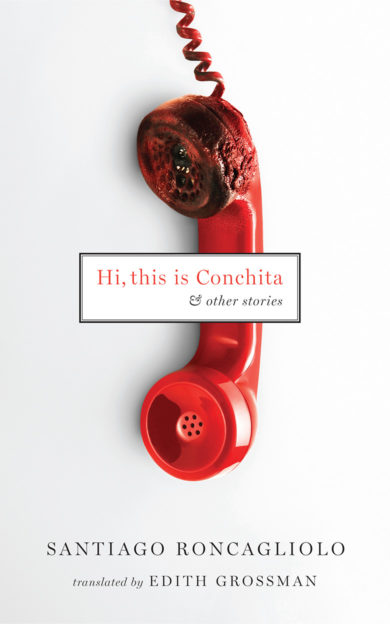 Hi, This Is Conchita

by Santiago Roncagliolo
Translated from Spanish by
Edith Grossman
$17.95
Add to Cart

Told entirely in dialogue, Hi, This Is Conchita is a virtuosic comic novella about men pushed past their breaking point—and the women who drive them crazy. Peru’s heir to the incisive social literature of Mario Vargas Llosa weaves a complex tale of an office worker hiring a hitman to kill his mistress, a man leaving feverish messages on his beloved’s answering machine, and a phone sex worker whose client is literally crazy about her.

The three stories that follow reveal Roncagliolo’s masterful range. “Despoiler” is the claustrophobic tale of a Carnival in Barcelona that brings one middle-aged woman face-to-face with her childhood demons. “Butterflies Fastened with Pins” is the perversely comic account of a man whose friends keep killing themselves. And “The Passenger Beside You” is a surreal story narrated by a woman with a gaping bullet wound right through her heart.

“Santiago Roncagliolo is one of the writers of my generation I most admire. He is rigorous, fearless, and funny, with a keen eye for absurdity embedded within the everyday. A new book by Roncagliolo is a cause for celebration.” — Daniel Alarcón, author of Lost City Radio and At Night We Walk in Circles

“Roncagliolo is an incredibly gifted storyteller who is able to execute many writing styles.… Roncagliolo reminds us that, although we are isolated by default, we are all connected to each other in some way.” — Three Percent

“Roncagliolo has a nice, sure touch throughout.… It’s a nice little collection, with some sly dark humor, and makes for an entertaining read.” — The Complete Review

“Ultimately, Hi, This Is Conchita resolves its proceedings in a way both satisfying and unpredictable, all the while keeping the reader engaged.… Readers curious about contemporary European lit, or who have a penchant for formal experimentation, or who are just looking to read something a bit different, may well find themselves taken by Roncagliolo’s playful nonconformity.” — PopMatters

“In an age where the isolating effects of social media are continuously analyzed, the short story collection Hi, This Is Conchita by Peruvian writer Santiago Roncagliolo offers an encompassing view of the ways we become detached from intimacy and the painful, misguided ways in which we attempt to retrieve it.… The collection…highlights Roncagliolo’s literary virtuosity.” — The Tottenville Review 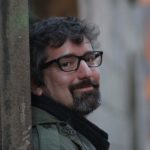 Author
Santiago Roncagliolo
Santiago Roncagliolo is a Peruvian novelist and investigative journalist. His first novel, Red April, won the Premio Alfaguara in 2006 and the Independent Foreign Fiction Prize in 2011. In 2010 Granta named him one of its twenty-two Best Young Spanish-Language Novelists. He contributes to El País and other leading Spanish-language newspapers. 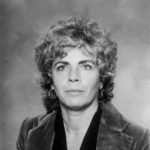 Translator
Edith Grossman
Edith Grossman is an award-winning Spanish-to-English literary translator. She has translated the works of Mario Vargas Llosa, Carlos Fuentes, Álcaro Mutis, and Gabriel García Márquez, among others. Her translation of Don Quixote has been praised by Carlos Fuentes and Harold Bloom. She is the author of Why Translation Matters.
Excerpt

Excerpt from Hi, This Is Conchita

For as long as Carmen could remember, her mother had ruined all her birthdays. She was an extroverted woman who loved parties and guests and always had the house filled with people. As a consequence, she tried to turn her little girl’s birthday into a great children’s social event. She moved all the furniture out of the living room, bought tons of food and drinks, and handed out invitations right and left, even to girls who weren’t her daughter’s friends, or even worse, were her declared enemies. If Carmen protested, her mother explained that there was nothing like a party to make friends, and after all, no problem between girls her age could be that serious.

But Carmen—perhaps because of this—was a withdrawn, shy girl who slouched in a corner while her guests had a good time and her mother chatted with the adults. Often, as she tried to make herself invisible, she moved from hostess to victim of her guests. When the most hardened girls realized she would not react to any provocation, they thought up ways of torturing her: they pulled her braids. They pushed her. They laughed at her. They put gumdrops on her clothes. They stole her presents. And then, when her mother approached, they pretended everything was fine and obliged Carmen to smile and pretend, too. Of course, the first few times, Carmen tried to tell what was happening, but her mother responded:

“Honey, you have to learn to relax. Your friends are just playing.”

And after these words, she obliged her to go play as well. She said she had to join in. Since the human world was hostile, Carmen took refuge in the world of her toys, especially her stuffed animals, which fascinated her. Her collection included a bear with button eyes, a zebra, a very plump cat, and a cow with fat, pink teats, among many others that hung from the walls and filled her closets. Carmen didn’t treat these dolls as things but as friends. She would put them in a circle in the middle of her room and have a tea party. She allowed them to decide what they wanted to play. She slept with them, and when there were too many to fit under the sheets with her, she gave them her bed and slept on the rug on the floor. At least they deserved it, they deserved it more than people did.

Her favorite was a maroon wolf her father had brought her from Germany. She called it Max. When her mother asked where she got that name from, Carmen replied:

“That’s what he wants to be called.”

In fact, as if he had a life of his own, the wolf Max frequently showed up in the most unexpected places: in the knife drawer in the kitchen, under her parents’ bed, in the bathtub. At the same time, Carmen showed up less and less. When she came home from school, she shut herself in her room with her animals and had to be pulled out for supper. If there were guests in the house, even if there were children, Carmen hid under her bed with all her animals. And more and more each day she seemed to communicate only with them, assigning Max the role of spy in the outside world.

If she had to communicate with adults, Carmen did so as a representative of the animals. She didn’t ask for chocolate, she stated, “Max wants chocolates.” If she didn’t want to visit her grandmother, her excuse was that the bear or the cow was sick (the wolf was the only one with a name, but he never got sick). Even in her letters to The Three Kings, she asked only for things for her animals, the only creatures she seemed to think of as real. The one she wrote when she was nine said:

Dear kings please bring a scarf for the bear who gets colds and a hat for my giraffe who’s very tall and hits his head on the ceiling and for Max a girl wolf because he wants to have little wolves thank you.

That letter irritated her mother very much. For her, the worst punishment was isolation, and the girl was constructing hers with both hands. To combat this, she tried to take her on excursions to the Costa Brava, to the Olot volcano, to the thermal baths at Montbui. On these outings she included other children, as many as possible, until the family car was completely full. When they reached each site she let them out like a pack of animals so they could run on the grass and chase insects, in essence so they could let off steam and play. But as far as Carmen was concerned, it was useless. The girl behaved correctly, but with distant coldness. She obeyed instructions and took part in games without complaints or enthusiasm, as if this were a required but not difficult school assignment. And she did so with her head somewhere else, no doubt in her toy closet.

For birthday number ten, her mother decided to provoke some shock therapy. She organized the biggest of all the parties. She rented a games room and invited more than fifty people, quite an achievement considering her daughter’s scant list of friends. She bought the girl a pink dress and instructed her for days to look sociable and be happy, willingly or by force.

On the day of the party, Carmen conferred all morning with her animals about what to do. She identified so thoroughly with them that their games were real assemblies, with debates and turns to speak. That morning, some of the stuffed animals suggested she get sick. Others, among them Max the wolf, supported direct insubordination: refuse to go.

But Carmen couldn’t do that to her mother. For days she had seen her hurrying nervously from one preparation to another, and knew this party meant more to her than to the supposed celebrant. Besides, Carmen had developed the kind of shell that permitted her to function in the outside world in exchange for returning to her own safe and sound, and she didn’t mind using it if necessary. In reality, it was the safest thing because it guaranteed that as long as she knew how to behave, nothing would change between her and her toys. And so, against the desires of her animals, she opted for the most diplomatic solution: she would attend the party and then return to her plush bubble to hibernate until her next birthday.

The most surprising thing is that she liked the party. Amused by the trampolines and the slides, the guests didn’t torment her, and she could forget her fears and take part in the games. Aware of her fascination with them and unaware of her mother’s concerns, some guests gave her stuffed animals: dogs, monkeys, hens, deer. But for once Carmen was more interested in people and was able to have a good time with them. That night, she returned home, her heart racing with the discovery of parties and her reconciliation with the world. But when she tried to tell her animals all about it, they were no longer in her room.

Or in her closet.

Or under her bed.

Carmen searched the whole house. She emptied out drawers. She picked up rugs. She called for each of her animals, especially Max. Finally, fearing the answer she knew beforehand, she asked her mother what had happened to her friends. That’s what she called them, friends, while tears rolled down her cheeks. And her mother’s words fell heavily on her, like anvils hurled from heaven.

“You’re too big for those things now, darling. It’s time for you to find other pastimes.”