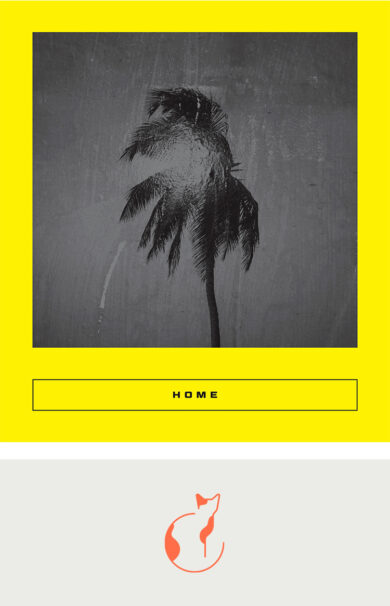 “Unbelievably exciting…These are poems to read and reread, repeating the lines as though they were a secret between yourself and the page.” —The Paris Review

“Marvelous… Bringing together significant Arabic poets from an array of countries, Home is a riveting, gorgeous read—a credit to the art of both poets and translators.” —Cynthia Hogue, author of In June the Labyrinth and co-translator of Joan Darc, by Nathalie Quintane

Evoking the sights, sounds, and tastes of contemporary life, the poets in Home explore the intimate world of everyday life, its agonies and delights. A glass shatters in a neighbor’s sink followed by the stomping of “little feet”; a woman falls asleep on the shoulder of a man she doesn’t know on an airplane; and a man passes his time smoking alone a café, observing the charge of activity all around him. The worlds these poets traverse are not devoid of politics, wars, and global migrations, and yet by taking the minutiae of everyday life as their subject they remind us of the need to periodically turn inward and find meaning in the specific and deeply personal.

Featuring work by Iman Mersal (Egypt), Samer Abu Hawwash (Palestine), Ines Abassi (Tunisia), Fadhil al-Azzawi (Iraq) and others, this second book in the Calico Series introduces readers to contemporary voices from across the Arabic-speaking world that are sorely underrepresented in the United States. Beautifully rendered into English by some of today’s leading Arabic translators, these poems are presented alongside their Arabic originals in a bilingual collection that celebrates language and its power to transform even the most familiar surroundings into enchanting landscapes for us to inhabit, if just for a moment.

“Unbelievably exciting…These are poems to read and reread, repeating the lines as though they were a secret between yourself and the page.” —The Paris Review

“The poems in this anthology abound with vivid imagery and moving remembrances of the past. They’re also a powerful demonstration of how, using only a handful of words, a poet can create an entire world—as Mohamad Nassereddine does in ‘The Mechanic’s Heresy.’ Observe: ‘When the mechanic in blue / stares up at the sky, / for a minute, he thinks himself God.’ Haunting and resonant throughout.” —Words Without Borders

“Home’s true beauty lies in the way in which its poems reveal to the English-speaking reader that the minds giving life to these observations and these ideas—those minds living in worlds so far away and for some so hard to imagine—are not so different from their own.…fluid and thought-provoking” —Harvard Crimson

“Home is breath and memory; it’s gossip and the sounds of neighbors; it’s bathroom mirrors and skin-temperature wooden floors. These and other images of domesticity populate Home: New Arabic Poems… Unlike most anthologies of Arabic poetry in English translation, Home doesn’t aim to be completist or canonical…this slender anthology allows the poems to speak for themselves.” —M. Lynx Qualey, Al-Fanar Media

“Marvelous… Bringing together significant Arabic poets from an array of countries, Home is a riveting, gorgeous read—a credit to the art of both poets and translators.” —Cynthia Hogue, author of In June the Labyrinth and co-translator of Joan Darc, by Nathalie Quintane

Praise for the Calico Series

“This remarkable anthology of Chinese speculative fiction offers seven tales of societal responsibility and individual freedom. . . . By turns cryptic and revealing, phantasmagorical and straightforward, these tales balance reality and fantasy on the edge of a knife.”—Publishers Weekly, starred review

There must be so much evil in the world, I’d thought. You see,
Though I’m the gentlest of my friends,
I never saw a rose upon a table
Without crushing the petal’s edge, Thumb and finger making sure
It wasn’t plastic.

Lately, I’ve come to doubt that evil is at all
Like all the harm already has been done
That instant when we see for sure
What we make bleed is real.