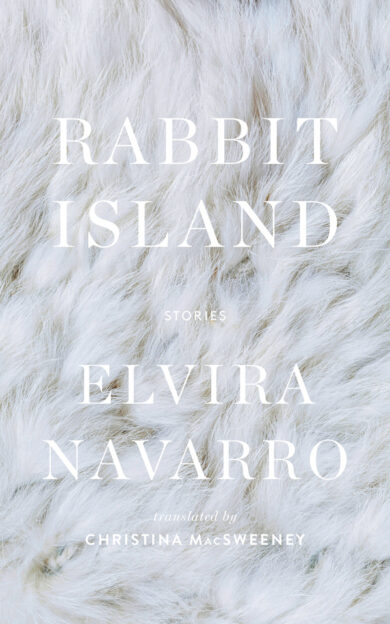 by Elvira Navarro
Translated from Spanish by
Christina MacSweeney
$19.95
Pre-Order

“One thing that distinguishes Navarro in this genre of social nightmare fiction is that her central characters are almost entirely women — all smart and strong but deeply flawed, and more human for it. For another, she is a master anatomist of class and, particularly, money — both its power and the maddening indignity of its lack.” —Los Angeles Times

These eleven stories from one of Granta’s “Best Young Spanish-Language Novelists” combine gritty surrealism with explosive interior meditations, traversing the fickle, often terrifying terrain between madness and freedom. In the title story, a so-called “non-inventor” brings snow-white rabbits to an island inhabited exclusively by birds, with horrific results. In “Myotragus” a privileged man’s understanding of the world is violently disrupted by the sight of a creature long thought extinct. Elsewhere in these stories that map dingy hotel rooms, shape-shifting cities, and graveyards, an unsightly “paw” grows from a writer’s earlobe and a grandmother floats silently in the corner of the room.

“In response to political and social upheaval, Franz Kafka turned Gregor Samsa into a bug. Borges imagined an endless full-scale map. More recently, Carmen Maria Machado fine-tunes fairy tales to make sense of a world that feels increasingly like a wolf at the door. Navarro…seems to be responding to Europe’s crushing economic stratification, its reckoning with refugees and its crisis of cultural authenticity in an increasingly homogenized and unreal world. One thing that distinguishes Navarro in this genre of social nightmare fiction is that her central characters are almost entirely women — all smart and strong but deeply flawed, and more human for it. For another, she is a master anatomist of class and, particularly, money — both its power and the maddening indignity of its lack.” —Los Angeles Times

“Rabbit Island is a gorgeous, unnerving, and scary follow-up for English readers to Navarro’s 2017 translation of A Working Woman, and both books represent a movement of some of the most electric work happening in translation.” —Nathan Scott McNamara, Los Angeles Review of Books

“The stories in Rabbit Island are beautiful, disquieting, and somewhat unhinged. They are the sort of stories whose narrative logic often defies easy categorization, even as their emotional spell lingers long after reading, like particularly vivid dreams.” —Chicago Review of Books

“The surreal, occasionally humorous and tender stories in Rabbit Island are sublime walks through a melancholic blood-flecked dreamscape…Unsettling and full of ghosts, Rabbit Island lays bare the remarkable heart of a hungry and somewhat terrifying philosopher.” —Shelf Awareness (starred review)

“Arresting…Navarro showcases her ability to lead her characters from relative normalcy into nightmare terrain in starkly elegant prose and with a winking sense of humor.” —Publishers Weekly

“Rabbit Island is a haunting masterwork. Dreamlike, the worlds presented in these stories feel at once familiar and darkly tilted, unsettling and unforgettable. Brilliantly atmospheric and thick with impending doom, Navarro’s prose is elegantly tense, inventive, and lush.” —Kimberly King Parsons, author of Black Light

“On the farthest edges of radical honesty, Navarro discovers something surreal. Reading Rabbit Island is like spending a week at an abandoned hotel with rooms inhabited by haunted bunnies and levitating grandmothers. Dark, brilliant, and addictive.” —Sandra Newman, author of The Heavens

“Beneath the impeccable surface of Navarro’s ice-cold prose, dread and grief wrestle in a territory of uncanny shadows. Like the work of many great fantasists before her—Robert Walser, Leonora Carrington, Witold Gombrowicz, Remedios Varo—Navarro takes alien landscapes and turns them into eerily apt mirrors of our most secret realities. Grimly comedic, deeply affecting, these stories area necessary poison, one that revives instead of destroys, emboldens rather than deadens. In spite of all the ghosts, madnesses, nightmares, and grotesque transformations they are subject to, her characters manage to make their own maps, turning endings into beginnings, disgust into love, death to peace: Rabbit Island is a series of unforgettable journeys designed by a master cartographer.” —Maryse Meijer, author of The Seventh Mansion and Rag: Stories

“The stories in Rabbit Island are as surprising and delightful as they come. Here there are no mundane worlds: wherever an Elvira Navarro story begins, it eventually leads to the uncanny borderlands between dream and nightmare, love and fear, science and mystery, all of which are, of course, reality itself.” —Matt Bell, author of Appleseed

“Elvira Navarro writes like a dream… Or is it nightmare? Smoke-saturated hostels, dive bars, run-down neighborhoods with a scenic view of the open sewer—Navarro’s crisp prose stands in stark contrast to the seedy worlds of her stories. Here on Rabbit Island, she’s picks up life’s roadkill and, with a surgeon’s hand, peels back the skin to reveal its inner workings in all its grotesque beauty.” —Devon Dunn, Book Culture (Brooklyn, NY)

“Striking and visceral, Rabbit Island is a surreal masterpiece. Each story surprises with its enticing balance of the grotesque and the mundane. Navarro’s latest work is truly one to be savored.” —Laura Graveline, Brazos Bookstore (Houston, TX)

“The Spanish author’s tales are like brief snapshots into a reality askew: not glaringly disjointed, yet enough to elicit an askant look. Navarro’s prose lulls and induces, creating a false sense of security amid the narrative detachment (or almost clinical objectivity)—ultimately engendering a surrealistically haunting effect…fans of Mariana Enríquez, Samanta Schweblin, and Marie NDiaye will feel right at home.” —Jeremey Garber, Powell’s City of Books (Portland, OR)

“Elvira Navarro is certainly an excellent storyteller, sharp and brave. Her prose sounds always precise, confident, intense. Among the authors of my generation in Spain, I think she is, doubtless, one of the most engaging.” —Andrés Neuman, author of Fracture

“This author’s literary talent is a natural gift…the subtle, almost hidden, true avant-gardist of her generation.” —Enrique Vila-Matas, author of Bartleby & Co. and Vampire in Love

“Elvira Navarro is an enormously gifted and disturbing young writer with an unusual eye for the bizarre; she captures personal fragility with deceptively detached prose that stays with us like a scarring incision.” —Lina Meruane, author of Seeing Red 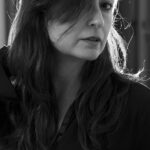 Author
Elvira Navarro
Elvira Navarro won the Community of Madrid’s Young Writers Award in 2004. Her first book, La ciudad en invierno (The City in Winter), published in 2007, was well received by the critics, and her second, La ciudad feliz (The Happy City, Hispabooks, 2013) was given the twenty-fifth Jaén Fiction Award and the fourth Tormenta Award for best new author, as well as being selected as one of the books of the year by Culturas, the arts and culture supplement of the Spanish newspaper Público. Granta magazine also named her one of their top twenty-two Spanish writers under the age of thirty-five. She contributes to cultural magazines such as El Mundo newspaper’s El Cultural, to Ínsula, Letras Libres, Quimera, Turia, and Calle 20, and to the newspapers Público and El País. She writes literary reviews for Qué Leer and contributions for the blog “La tormenta en un vaso.” She also teaches creative writing. 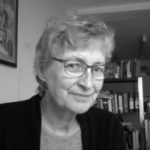 Translator
Christina MacSweeney
Christina MacSweeney received the 2016 Valle Inclan prize for her translation of Valeria Luiselli's The Story of My Teeth, and Among Strange Victims by Daniel Saldaña París was a finalist in the 2017 Best Translated Book Award. Among the other authors she has translated are: Elvira Navarro (A Working Woman), Verónica Gerber Bicecci (Empty Set, Palabras migrantes/Migrant Words), and Julián Herbert (Tomb Song, The House of the Pain of Others).
Excerpt

He’d built a canoe and wanted to try it out on the Guadalquivir River. Sports didn’t interest him, and he hadn’t made the canoe for regular use; once he’d explored the small river islands, it would be relegated to the junk room or sold. He thought of himself as an inventor, although the things he made couldn’t be called inventions. Yet he’d begun categorize all the ideas he sketched out in that way because he never used instruction manuals. His method was to work out for himself what was needed to construct something that had already been made. The process took months, and he considered it his true vocation: inventing things that had already been invented. The pleasure he got from that activity was something like what Sunday hikers feel when they reach the summit of some mountain and wonder why personal fulfillment is such a strange sensation. In the mornings the non-inventor taught in an arts and crafts college without any sense of fulfillment, despite the fact that his students found his workshops useful.

Since childhood he’d had the desire to travel to spits of land that extend into the sea, or to uninhabited islands. Once, when he was eighteen, his parents invited him to go with them to Tabarca, promising that it was a deserted island. He’d thought that it would be a wilderness, but what he found was seven streets of poor houses, a high wall, a church, a lighthouse, two hotels, and a small harbor. His parents had probably exaggerated the isolation of Tabarca in order to persuade him to spend the vacation with them—they didn’t like the idea of leaving him home alone; but it’s also possible that they had never really understood what he meant by uninhabited places.

It was no easy task to count the number of river islands on the stretch of the Guadalquivir adjoining the city. Some could be mistaken for small isthmuses. One September morning he walked to the dock carrying his canoe and took to the water. He spent several days getting the hang of his vessel, but once he had, he started to explore. There had been no rain for weeks. The river was very low; the water was calm and smelled really bad. He skirted the islands with a mixture of anxiety and astonishment, without ever managing to take the canoe ashore. He wasn’t confident of his ability to make rapid maneuvers, feared that the shorelines might be muddy, that he would slip and his canoe would drift away. And the thought of having to swim back with his mouth tightly closed to avoid swallowing putrid water scared him, as did the lush, brightly colored vegetation buzzing with insects, and the layer of bird shit on the ground. A landscape he’d believed to be beautiful was no more than trees deformed by the weight of birds—or perhaps some disease—colonies of bugs, and bushes rotted by the filth.

On his fifth day out in the canoe, he decided to explore beyond the curve in the Guadalquivir. Paddling south had the advantage of allowing him to keep the low rolling hills of the surrounding countryside in sight. The islets there were tiny, more rocky and packed closely together like a rash. He paddled laboriously around them; near the last one he found a dead body floating facedown in the reeds. It was a man, wearing only boxers; the skin on his back was covered in blisters the size of a hand. He didn’t know if they were caused by exposure to the sun, which was still scorching in September, or immersion in the water. The river stank. He called the civil defense unit and some officers arrived in a boat too big to pass through the reeds. They had a canoe onboard; while an obese officer was getting into it, he paddled to the boat and asked for permission to leave. He didn’t want to witness that dead flesh being dragged out of the water. He shrank at the thought of turning around to find fresh entrails nibbled by fish.