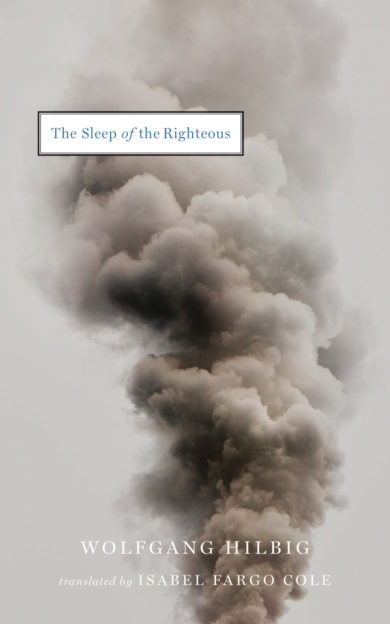 The Sleep of the Righteous

by Wolfgang Hilbig
Translated from German by
Isabel Fargo Cole
$14.95
Add to Cart

“Wolfgang Hilbig is an artist of immense stature.” —from the introduction by László Krasznahorkai

A finalist for the CLMP Firecracker Award in fiction

Doppelgängers, a murderer’s guilt, pulp noir, fanatical police, and impossible romances—these are the pieces from which German master Wolfgang Hilbig builds a divided nation battling its demons. Delving deep into the psyches of both East and West Germany, The Sleep of the Righteous reveals a powerful, apocalyptic, utterly personal account of the century-defining nation’s postwar struggles. In the words of 2015 International Man Booker Prize recipient László Krasznahorkai, Hilbig “described a world which is distasteful not only to the Germans but actually horrific for all of us.”

From a youth in a war-scarred industrial town to wearying labor as a factory stoker, surreal confrontations with the Stasi, and, finally, a conflicted escape to the West, Hilbig creates a cipher that is at once himself and anyone who has become ensnared in the tug-of-war between East and West. With an obsessive, impressionistic prose and an innovative approach to storytelling, Hilbig evokes the eerie, allegorical bleakness of films like Tarkovsky’s Stalker while creating an original, visionary statement on the ravages that history can wreak on the human mind.

“­Evokes the luminous prose of W. G. Sebald.… Hilbig’s masterly work captures the angst of a man unable to escape the wreckage of his past.” — The New York Times

“Out of the ugliness of history and the wasted landscape of his home, he has created stories of disconsolate beauty.” — The Wall Street Journal

“Unusually accessible for Hilbig…the paralyzing duality of identity in his relationship to East and West runs through the collection.” — Times Literary Supplement

“[Hilbig writes as] Edgar Allan Poe could have written if he had been born in Communist East Germany.” — Los Angeles Review of Books

“Beautiful, dream-like stories of the pain and wonder of becoming oneself.” — Die Zeit

“Wolfgang Hilbig is on the track of the truth. Once he has found it, he is not afraid to look it straight in the face.” — Frankfurter Allgemeine Zeitung

“Hilbig’s incomparably fine powers of description, so eloquently translated by Ms. Cole, are everywhere apparent in the novel.” — Full-Stop

“The Sleep of the Righteous rests at the elusive crossroads of art and moral necessity. It speaks to the epilogue of a war that has entrenched generations of guilty and innocent humans inside its narrative.” — Electric Literature 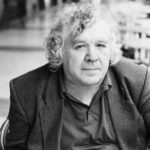 Author
Wolfgang Hilbig
Wolfgang Hilbig (1941–2007) was one of the major German writers to emerge in the postwar era. Though raised in East Germany, he proved so troublesome to the authorities that in 1985 he was granted permission to emigrate to the West. The author of more than twenty books, he received virtually all of Germany’s major literary prizes, capped by the 2002 Georg Büchner Prize, Germany’s highest literary honor. 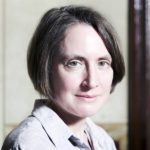 Excerpt from The Sleep of the Righteous / “The Afternoon”

When I visited the town of M., all I wanted was to return as soon as possible to a burning lamp over a kitchen table in a tiny, smoke-filled, eat-in kitchen familiar from my childhood. It had two windows facing the yard, and, on the other walls, peeling, blistered, yellow wallpaper displaying a peculiar pattern under the shadow of its discolorations: at first glance one had the impression that lines of dark brown vermin were marching straight up the walls. When I’d heated the coal stove, the wallpaper seemed to sweat, emitting the nicotine lodged in its pores since the beginning of eternity. The windows had warped in the damp; I’d used old towels to block the cold that seeped in at their edges. If possible, I left the lamp over the table burning all the time; its wires were heavily oxidized, porous. Dating back before the war, they refused to conduct electricity when switched on and off too often, and only protracted manipulation of the contacts could start the current flowing again. — In this old cave—in this relic from the early twentieth century—I sat and turned my pages, covered with crossed-out or not yet crossed-out lines. Instead of writing, I smoked cigarette after cigarette and listened to the darkness that hung inert outside the windows. There was nothing to be heard…I couldn’t hear a thing, all sounds were swallowed by the enervating whine of the ancient refrigerator, whose unstable power unit kept starting up at far-too-brief intervals.

My reflections on this town had likely begun at a time now lost in mythic twilight. Indeed I had tried, again and again, to form a picture of the town which, if I was not mistaken, was still out there, which probably still clustered around my lighted interior, frozen and stony and hollow. I had even persuaded myself that this was my sole purpose…and perhaps for that very reason it had become for me a senseless, useless undertaking. Often I believed that first I had to invent the town by describing it…perhaps it could come into existence in no other way. The fact that I had been born in it was not sufficient to prove its existence…

How can one demand of a shadow that he describe the image of a shadow town? — It was absurd questions like that I grappled with. And a long-familiar effect had taken hold: my goal, the image of the town, seemed to recede still further from me each time I believed, thanks to blind chance, that I’d come closer for a moment…the goal sought to evade me! I was accordingly ill-disposed toward my endeavor. — But perhaps there did exist, somewhere in the streets, a certain shadow for whom such an image was possible…weren’t there footsteps in the depths of town, padding steps I strained my ears after? First they had receded, but now they returned again. Weren’t those steps down on the pavement the proof I was seeking? I listened a long time, hour after hour, but there was not much to hear, due to the refrigerator noise—a central, recurring motif brought to me by the run-down things of the twentieth century—which constantly drowned everything out. And the light began to flicker, for seconds at a time, each time the refrigerator switched itself on.

How can you sit calmly at a table and write, I said to myself, and set down the impression of a completely inert town, when you’re constantly tormented by the knowledge that someone out there in the dark is being hunted, and may this very moment be running for his life?

However frightful the deluge of refrigerator noise: I seemed to keep hearing those hasty steps out on the street. From the moment I arrived in M. I was unable to escape the thought. The door to the next room, with the street window, stood ajar, and I heard the clatter and shuffle of well-worn shoes on the crooked stones of the sidewalk. First it was a single person’s steps; soon I thought several others were following him. After a while the single steps returned, and sometimes they strayed into the yard, sometimes coming right beneath the two kitchen windows between which I sat, listening in horror. In a moment I could expect him to call my name… I stood up and extinguished the light. Once I felt safe, I turned the lamp on again: of course it wouldn’t burn; I climbed onto the table, lighting my way with the cigarette lighter, and jiggled the cable until the two fluorescent tubes shone once more. The whole thing repeated until my thoughts were in tatters: that crackling and flaring, and then again the slackening steps, once it had grown still.