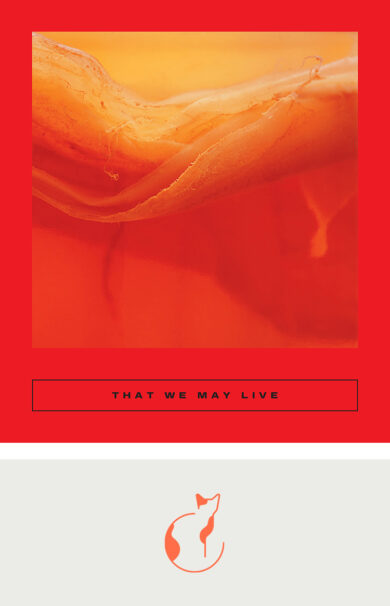 That We May Live

“This remarkable anthology of Chinese speculative fiction offers seven tales of societal responsibility and individual freedom. . . . By turns cryptic and revealing, phantasmagorical and straightforward, these tales balance reality and fantasy on the edge of a knife.”—Publishers Weekly, starred review

A woman impulsively decides to visit her grandmother in a scene reminiscent of “Little Red Riding Hood,” only to find herself in a town of women obsessed with a mysterious fermented beverage. An aging and well-respected female newscaster at a provincial TV station finds herself caught up in an illicit affair with her boss, who insists that she recite the news while they have sex. An anonymous city prone to vanishing storefronts begins to plant giant mushrooms for its citizens to live in, with disastrous consequences.

In this first book in the brand-new Calico Series, we bring you work by some of today’s most exciting writers from China and Hong Kong, including Dorothy Tse (tr. Natascha Bruce), Zhu Hui (tr. Michael Day), and Enoch Tam (tr. Jeremy Tiang). Lightly touching on issues of urbanization, sexuality, and propaganda, the collection builds a world both utterly disorienting and disturbing familiar, prompting the question: Where does reality end and absurdity begin in a world pushed to its very limits?

“This remarkable anthology of Chinese speculative fiction offers seven tales of societal responsibility and individual freedom. . . . By turns cryptic and revealing, phantasmagorical and straightforward, these tales balance reality and fantasy on the edge of a knife.”—Publishers Weekly (starred review)

“Although billed as a collection of ‘speculative Chinese fiction,’ That We May Live at its core references global philosophical quandaries and anxieties. It describes not just the conditions that can shackle and fail us, but also the complex choices around those conditions that we can engage in. While there are no clear roadmaps, the stories in That We May Live place interpretation, and therefore agency, into the hands of the reader. As Chen Si’an writes at the conclusion, ‘This sentence he had read somewhere in a book was only the beginning. It was up to him to write what came after.’ Now that we have been awakened, it is up to us to decide how we might survive.” —Asymptote

“That We May Live is an unforgettable collection, serving as evidence to the fact that sometimes, like a distant star, our world is seen most clearly when viewed askance.” —The Arkansas International

“…give[s] the reader an oblique insight into contemporary social issues in Hong Kong and China, issues which however, could occur just about anywhere.” —Asian Review of Books

“An interesting melange of surreal moments, the writing across this anthology is both familiar and entirely unknown, like snapshots of a place you’ve never been. The stories themselves seem to tend toward absurdism, but with a firm foundation in relatable ideas. As the first in the new Calico series, it promises the beginnings of an impressive collection.” —Amy Van Keuren, Bank Square Books (Mystic, CT)

“I absolutely love speculative Chinese fiction, and this anthology definitely whet that particular appetite. Tales of absolute obscurity that enchant and entice, That We May Live is a beautifully woven collection that I recommend to everyone that loves the blending of absurdity and reality. This is definitely a collection for fans of Karen Russell, Max Porter, and Emily Tesh.” —Delany Holcomb, Bookmarks (Winston-Salem, NC)

From “Sour Meat” by Dorothy Tse, translated by Natascha Bruce

Every so often, she would bring her thermos with her to the park, or to the roof of her office building, but mostly she drank alone in her bedroom. That way, she could lie back on her bed afterward, enjoying the sensation of her body slipping into its altered state. Sometimes she felt like the tea had turned her into a different lifeform, without any bones, a soft sea creature with slippery, permanently moist skin. Sometimes she felt transformed into the ocean itself, like she was a flowing liquid without any defined shape. Sometimes she felt like an oil slick, like all she needed was a tiny spark and she’d roar into flames.

She would take the glass bottle from the fridge and pour the tea into a tumbler, stopping when she had about as much as a shot of whiskey. Then she would go into her room and place the glass on her bedside cabinet, lean back against her headboard, and spread her legs, imitating the kind of wanton pose she’d seen in porn films. She greeted the drink with tiny sips. It was a rare luxury. She had to be restrained about it because her mother was always sneaking around to check on the bottles, monitoring the liquid levels inside them. F was aware of her mother’s activities because she did the same thing herself: if she looked in the fridge and saw there was slightly less tea than before, she knew that her mother had been chasing her own secret pleasure. Her mother experienced the same cravings as she did. The thought was both soothing and utterly terrifying.

But the woman on the platform didn’t seem concerned at all. After downing a few mouthfuls, she passed the thermos to the little girl on the floor, as though offering her a toy.

“Are you sure about giving her this kind of tea?”

“Tea?” The woman laughed but made no further comment, as though they’d reached an understanding.

“So you’ve tried this…stuff before, have you?” asked F.

“Of course! Everyone in our town knows about her and her special tea.”

The woman spoke in F’s mother’s dialect. F still couldn’t see her face, but she felt an intimacy spring up between them. As the woman talked on about her and the goings-on in the little town where she lived, F realized that the her couldn’t be anyone other than Grandma.

“I haven’t seen her in such a long time,” she lamented.

The woman suggested that F come with her to pay a visit.

“Her town’s not far from here. And if you catch the early train out tomorrow morning, you’ll still make it to wherever it is you’re headed.”

F shook her head. “Thank you for the thought, but…”

“It’s already so late!” insisted the woman. “Don’t tell me you have to work tonight?”

F hesitated. Her first meeting was fixed for the following afternoon; her only real reason for arriving a day early had been to spend an evening relaxing in the hotel, in preparation for the day to come. In which case, if she really wanted to see Grandma, wouldn’t this be the perfect opportunity?

“And would you look at that, the train—”

A knife-like screech inserted itself into the conversation, brutally severing the end of the woman’s sentence. Well, no, maybe the train wasn’t as hard and sharp as all that; it was more like a snake, darting out of a dream into the cave of the waking world. Its head was so enormous and all-encompassing that F felt a sudden desire for it to stick out its tongue and wrap her up in it, then pull her down into its belly. She had not known she harbored a desire to be prey before. It didn’t feel like she was picking up her bag and climbing onto the train; it felt like she was willingly, delightedly allowing the train to swallow her whole.