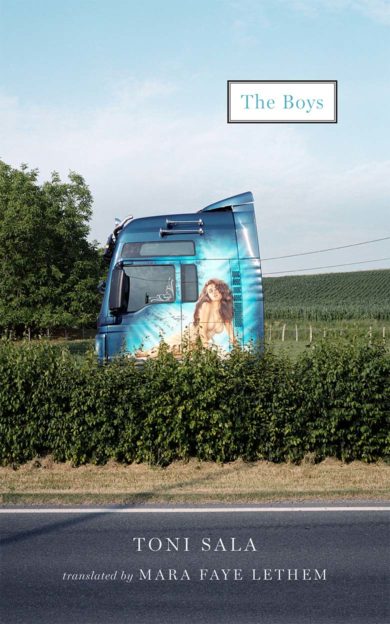 by Toni Sala
Translated from Catalan by
Mara Faye Lethem
$14.95
Add to Cart

The once-bucolic Catalonian village of Vidreres has been ravaged by a harsh recession, and now two of its young men have died in a horrible car crash. As the town attends the funeral, a banker named Ernest heads to the tree where they died, trying to make sense of the tragedy. There he meets a brutish trucker, who in between Internet hookups and trips to prostitutes has taken a liking to Iona, the fiancée of one of the dead boys. Iona might be just what he needs to fix his tawdry life, but she’s mixed up with an artist who makes frightening projects. Masterfully conjuring the voices of each of these four characters, Toni Sala entwines their lives and their feelings of guilt, fear, and rage over an unspeakable loss.

Long known as one of Spain’s most powerful authors, Toni Sala is at his mischievous best here, delivering a sinister, fast-moving tale laced with intricate meditations on everything from social networks to Spain’s economic collapse to the mysterious end that awaits us all. The Boys is a startlingly honest vision of the things we’ll do in order to feel a little less alone in this world.

“The Boys confirmed that what I believe to be literature is still possible.… A masterpiece.” — Narcís Comadira, Ara

“Toni Sala’s short novel begins as a meditation on death, morphs into an interrogation of contemporary bankruptcies, and culminates in one the most profound and disturbing artistic visions ever written. This book stunned me in a way that I will recover from as a different person than I was when I picked it up.” — Elise Blackwell, author of Hunger and The Lower Quarter

“Sala is a master of meditation, and the excitement and intrigue are never sacrificed despite digressive passages on Internet alienation, art, violence, phrases of grief, the Spanish recession, and love. One hopes this tremendous novel, already an award-winner overseas, will receive the attention it deserves here.” — Publishers Weekly, starred review

“Sala creates an exercise in style that meditates on our most primal identity.” — Time Out Barcelona

“A great novel that reflects the world we live in.” — Catorze

“Although we may not realize it as we’re reading, we’re descending into the circles of hell.” — Bernat Puigtobella, Núvol

“During the last fifteen years, Catalan literature has produced few voices of such strength.” — La Vanguardia

Publication and promotion supported by the Institut Ramon Llull. 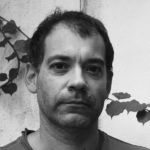 Author
Toni Sala
Toni Sala is the author of over a dozen novels and works of nonfiction. In 2005 he was awarded the National Literature Prize by the Catalan government, and he has also received many other honors for his writing. He lives in Barcelona. 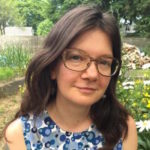 Excerpt from The Boys

He had been thinking about the two brothers’ deaths all morning, and now he was tired. One enters the adult world through death’s door, through the assumption of mysteries, the most simple and fantastic mysteries of life and death. Being an adult is accepting death, harboring it inside you like a cancer, dying. How can he accept that his own daughters are already adults, that they are already infected? Accept death, how could he? How can you accept something you don’t understand? How can you continue to be a person if you accept the incomprehensible? Accepting death is accepting loneliness, and his turmoil over the death of the two brothers was, in fact, his resistance to facing up to his own age, to his own death, resistance to separating from his daughters, the death of his daughters—by dying, the brothers had freed their parents from killing them, as he would have to kill his daughters the day he died. He’d had them too old, almost forty. He’d made up his mind late, with a younger wife. Now he was living in immaturity, on the uncomfortable border between two worlds. He traveled to the world of his daughters, but what if they had actually grown up so much that they were no longer there? Was there even anyone left in this world he had fallen into?

He passed the girl. The Pyrenees, the Guilleries, and the Montseny mountains suddenly appeared in view. They were experiencing the initial cold as autumn turned to winter, with lunar ice, a smattering of grays, and impotent patches of sun. The highway bound the fields together like a ribbon of grief. The tall plane trees were the feathers of a buried monster, the fins of transparent fish that fed on the earth like parasites. Two solitary poplars in the middle of a field represented the two brothers’ skeletons, wedged into the earth and touching each other with their branches.

It happened here, right before him. The asphalt was striped with tire marks. The brothers had braked before hitting the tree. They hadn’t had an entirely treacherous death. The fierce screech had flown over the fields, appearing on the streets of Vidreres with such violence that the next day the townspeople found tire tracks in the hallways of their homes, on their sofas, in their showers, on their sheets.

Why had they slammed on the brakes? Had an animal crossed their path? Was a car coming at them head-on? Had the brother who was driving nodded off, then woken up suddenly and tried to avoid the accident? They were speeding. Fast as lightning. They’d crossed into the opposite lane, gone over the hard shoulder, and plowed into the trunk of a plane tree. The S’s ended before the asphalt did. The brother who was driving had taken his foot off the brake pedal.

Why had he released the brake? Why hadn’t he held out until the final moment? Had he given up? Had he understood that there was nothing he could do? Not even soften the blow, no matter how slightly? Or was it that, when there is nothing to be done, the body relaxes and accepts its fate? Or did the driver want to escape the car? Did he want to get out in that half of a second? Half a second? What is a half second? But did he try anyway? You have to do something with the time, no matter how little there is, something to fill that desperate wait, a moment like that, and perhaps his body focused on that rift; did his whole being shrink painfully to get through it and leap out of the car in half a second? The driver didn’t know what half a second was. He had no idea. No one does. No one knows what half a second is. Life is made up of half seconds. Life is half a second. But it turned out that he had no idea. How long would it last? Did he have time? Perhaps he wasn’t wearing his seat belt. What luck! In the panic, the idea traveled at the speed of light. It became porous and ramified his brain. His blood became adrenaline. Dynamite. It flooded that half second, or what was left of that half second, the longest half second of his life: half a second of explosions, half a second that the driver would have lengthened or shortened infinitely, but was only able to turn into the best utilized half second, the most lived half second of his life. A terrifying farewell, the skull awaiting the bullet, a half second that never reaches its end but will be over at any moment—when you least expect it, suddenly, but what do you do in the meantime? How do you spend it? The more you concentrate on it, the longer it becomes. And you’re waiting for it, you can’t stop waiting for it! Half a second of perverse, labyrinthine corners, of torture chambers, vaults, and monstrous self-discoveries, of mirrors and windows, of holes that lead to stairs, half a second filled with alarms that rush you, with the loves you forgot until now, with friends who’ve come to say goodbye, waiting, lined up on the branches of the plane tree. Half a second filled with ideas, with joys and unexpected comforts, with solutions: for example suicide, but he doesn’t have time to beat death, he won’t even have time to escape or accept it, even though he leaves his mark on the asphalt, an oscillogram of the last seconds, a final signature. He heard the sound of his braking run through the fields to Vidreres to warn everyone, and smelled the burning rubber, and that brother who was driving thought of his parents, cursing the disgrace and grief he was leaving behind—their lands, their lands, how would they get along without him?—he felt filled with rage for that which he could not prevent, for not being able to control the situation, for still being alive and not being able to do anything, and suddenly he remembered his brother.

He was right beside him. He was with him. His hair stood on end when he grasped that. His brother with eyes wide as saucers, scared out of his wits just like him, and he suddenly realized that it was all over. His brother trusted him—he had no choice—but he couldn’t give him the steering wheel, and he thought: Now how do I let him know there’s nothing to be done, when my body is so slow that I don’t even have time to open my mouth. I only have half a second! How do I tell him that I want to leap out of the car and leave him alone here, that I’ve lost control, that it’s my fault, this accident, that I’m the one who will plow us into the tree? How do I confess to him that I’ve taken my foot off the pedal and if I can, I’ll abandon him without even saying goodbye?

The car, flying toward the tree’s trunk.

Ernest took his foot off the accelerator.