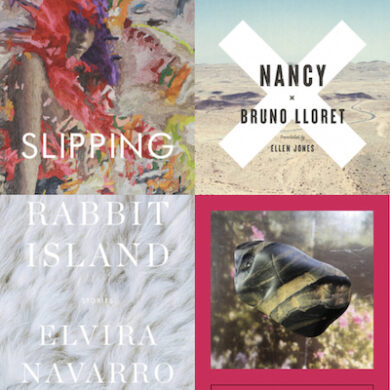 For $190.00 you’ll receive every book Two Lines Press publishes in 2021: eight books in total, including two new books in our celebrated Calico Series.

This is for international subscribers (outside the U.S.).For domestic subscribers, go here.

Your 2021 subscription launches in February with Rabbit Island our second book by the Spanish writer Elvira Navarro, translatedby Christina MacSweeney. In March, you’ll receive Elemental: Earth Stories, a Calico that collects eight writers from eight countries—all of them considering, in broad terms, the world around us and how it informs the stories we tell. In April, you’ll be introduced to Bruno Lloret’s Nancy, translated from Spanish by Ellen Jones, which Alejandro Zambra calls “a new, unexpected, dissident realism.” Slipping, the first novel by the prolific Egyptian writer Mohamed Kheir, translated from Arabic by Robin Moger, arrives in June.

In Fall 2021, subscribers will receive a daring contemporary novel from Mauritius; a never-before-translated feminist classic from Portugal; Cuíer, a Calico dedicated to queer writing from Brazil; and Wolfgang Hilbig’s masterwork, The Interim, translated by Isabel Fargo Cole, and published in an arresting hardcover edition.

Along the way, you’ll receive no shortage of subscriber-exclusive goodies, including a limited-edition, faux-fur slipcase for Rabbit Island, and a beautiful set of three letterpress prints celebrating Bruno Lloret’s innovative typography in Nancy. And of course, toward the end of 2021, we’ll treat you to our newest Two Lines Press tote. It may or may not have Wolfgang Hilbig’s face on it.

Shipping is included with the price of this subscription; three books will be published in hardcover format.

Note that your subscription will auto-renew on November 15, 2022 (though you can cancel at any time).