7 Books in Translation to Read for Pride Month 2019 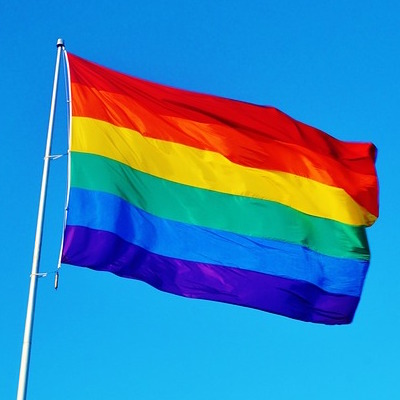 1. The Skin Is the Elastic Covering that Encases the Entire Body by Bjørn Rasmussen, translated from Danish by Martin Aitken

This latest title from our very own Two Lines Press is out TODAY! In addition to being hailed as “the most powerful, heart-wrenching, and disturbing, book published in Denmark in recent years” by award-winning author Naja Marie Aidt, this coming-of-age novel is not afraid to dive headfirst into sexual taboos and issues of gender and pansexuality. Bjørn is a teenage boy who begins a sadomasochistic affair with an older man that promises healing, but instead it only leads him down a spiraling, desperate search for understanding that pushes his flesh to its limits. Reminiscent of Maggie Nelson’s The Argonauts, it is as omnivorous as the bodies within it, as unrestrained as the appetites, terrors, and trysts that celebrated author Bjørn Rasmussen evokes in poetic detail.

Winner of the 2019 Albertine Prize and a 2019 Lambda Literary Award for bisexual fiction, this book tells the story of Kimiâ Sadr, who fled Iran at the age of ten in the company of her mother and sisters to join her father in France. Now twenty-five and facing the future she has built for herself as well as the prospect of a new generation, Kimiâ is inundated by her own memories and the stories of her ancestors, which come to her in unstoppable, uncontainable waves. In the waiting room of a Parisian fertility clinic, generations of flamboyant Sadrs return to her, including her formidable great-grandfather Montazemolmolk, with his harem of fifty-two wives, and her parents, Darius and Sara, stalwart opponents of each regime that befalls them. It is Kimiâ herself––punk-rock aficionado, storyteller extraordinaire, a Scheherazade of our time, and above all a modern woman divided between family traditions and her own “disorientalization”––who forms the heart of this bestselling and beloved novel.

3. Tentacle by Rita Indiana, translated from Spanish by Achy Abejas

You may have read an excerpt from this novel in Two Lines 29. Hopefully that inspired you to read the whole thing! A beautifully strange novel set in a futuristic Dominican Republic, Tentacle is the story of Acilde Figueroa, a young hustler-turned-maid who is the unlikely subject at the center of a prophecy in a post-apocalyptic world. When we meet Acilde, she presents female but is desperately trying to earn enough money for an experimental drug that would physically transform her into the man she has always been. This desire leads Acilde through a strange world of murder, religious cults, and a sacred sea anemone. This dystopian world feels at times like an episode of Black Mirror and at others a telenovela. In short, it’s unlike anything you’ve ever read.

Sergius Seeks Bacchus is a heartbreaking and humorous rumination on what it means to be in the minority in terms of sexuality, ethnicity, and religion. Drawing on the poet’s life as an openly gay writer of Bataknese descent and Christian background, the collection furnishes readers with an alternative gospel, a book of bittersweet and tragicomic good news pieced together from encounters with ridicule, persecution, loneliness, and also happiness. The thirty-three poems in Norman Pasaribu’s prize-winning debut display a thrilling diversity of style, length, and tone, and telescope out from individual experience to that of fellow members of the queer community, finding inspiration equally in the work of great Indonesian poets and the international literary canon, from Dante to Herta Müller.

5. In the Spider’s Room by Muhammad Abdelnabi, translated from Arabic by Jonathan Wright

Shortlisted for the International Prize for Arabic Fiction, the novel tells the story of Hani, who was out for an evening stroll near Cairo’s Tahrir Square when a heavy hand landed on his shoulder. An informant had identified him, and he was thrown into the back of a police truck. There began a seven-month nightmare as he was swept up, along with fifty other men, in the infamous Queen Boat affair that targeted Egypt’s gay community. Finally free, but traumatized into speechlessness, Hani writes down the events of his life—his first sexual desires, his relationship with his mother, his marriage of convenience, and his passion for Abdel Aziz, the only man he ever truly loved.

6. We All Loved Cowboys by Carol Bensimon, translated from Portuguese (Brazil) by Beth Fowler

From our friends across the Bay at Transit Books comes this novel by one of Granta‘s young Brazilian novelists. After a falling out two friends reunite for a long-planned road trip through Brazil. As they drive from town to town, the complications of their friendship resurface. At the novel’s center is a romance, as Bensimon offers an intimate look into identity, love, and desire. By the end of the trip, the women must decide what the future holds, in a queer, coming-of-age debut novel that has been celebrated in Brazil.

Jo is in a strange new country for university and having a more peculiar time than most. In a house with no walls, shared with a woman who has no boundaries, she finds her strange home coming to life in unimaginable ways. Jo’s sensitivity and all her senses become increasingly heightened and fraught, as the lines between bodies and plants, dreaming and wakefulness, blur and mesh. This debut novel from critically acclaimed artist and musician Jenny Hval presents a heady and hyper-sensual portrayal of sexual awakening and queer desire. Plus cult author Chris Kraus is a fan, calling Hval “a master of quiet horror and wonder.”Also of note: