Over the past couple months, I corresponded with Russian translator Lisa Hayden about the recent flurry of Russian literary prizes, her own translation work, and the fate of the Russian “big book.” 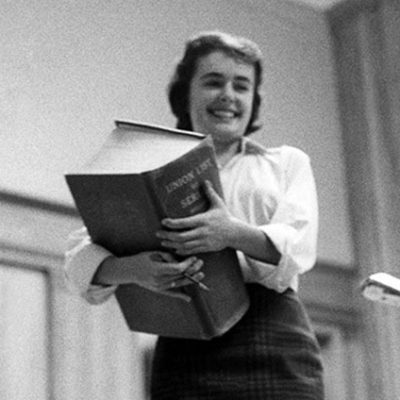 Sarah Coolidge: Late last year we witnessed a windfall of literary awards coming out of Russia. Leonid Yuzefovich won the Big Book Award, a Russian Booker grant, and the National Bestseller Award for Winter Road. Yuzefovich was also on the shortlists for the Russian Booker Prize and the Yasnaya Polyana Award. First of all, why do you think this book made it onto so many lists this year? What is it about Winter Road that appealed to so many judges across the board?

Lisa Hayden: A lot appeals in Winter Road: Yuzefovich takes little-known figures and events from the Civil War and uses archival materials to create very engaging narrative nonfiction. He’s a historian and a wonderful writer, so that makes for a masterful, accomplished book.

SC: Can you explain some of the controversy surrounding his book and the confusion over its classification?

LH: I think there are two things that have been controversial. For one—and this applies most to the Russian Booker shortlist—the book is called a “documentary novel,” but even Yuzefovich’s publisher has said it’s not a novel…and the Booker’s mission is to recognize the “best novel of the year in Russian.” The other: Yuzefovich had already won both the National Bestseller and Big Book awards and then won those awards again, plus the Booker grant, this season.

SC: Pyotr Aleshkovsky won the 2016 Russian Booker Prize for The Citadel, which has been called an “epic tale of a modern-day Don Quixote.” How did people react to Aleshkovsky’s win?

LH: I’d call the reaction mixed! Some readers, like me, couldn’t get through the book because they found the writing too labored, awkward, and melodramatic. Others loved it because it portrays an honest man—an archaeologist.

SC: Eugene Vodolazkin’s The Aviator also appeared on several of the prize lists.

You’ve translated Vodolazkin’s Laurus (for which you recently received the Read Russia Prize) and, I believe, are currently at work translating The Aviator. As someone intimately familiar with his writing, why do you think his books have been so successful?

LH: There are several aspects of Vodolazkin’s writing that I especially like and think other readers also respond to. He writes very human novels, with soft humor and bits of history. There’s a sense of simplicity that belies the complexity of the ideas and the language, too, which is simple enough for me to read—I know the words and feel, often very deeply, what he’s saying—but difficult to put into English because I want to preserve both his word play and what’s very precise, crystalline.

SC: What can you tell us about The Aviator? How does it compare to Vodolazkin’s other novels?

LH: The Aviator and Vodolazkin’s other two novels—his debut, Solovyov and Larionov, and Laurus—dovetail into a sort of triptych. Vodolazkin is very preoccupied with the nature of time, death, and how events don’t exactly repeat but seem rather to spiral, and the three novels examine those things in very different ways. In The Aviator a man wakes up with amnesia and begins recalling who he is, when he was born (1900), and what happened to him. I don’t want to say too much because I literally (I literally mean literally!) gasped when I read what happened to him.

“I think mammoth books are here to stay.”

SC: Why do you think there’s so much overlap on the award lists this year? Is that typical of these prizes?

LH: Unfortunately I think it’s probably fairly typical. It seems (maybe it’s just me?) that the lists have grown more similar in recent years. I’m not sure where the problem lies: a dearth of nominations or in juries coming to lots of consensus choices at all stages. I have selfish reasons for wanting to see more variety on the lists: I’ve found many new writers for myself from longlists and shortlists. More important, though, I think plenty of authors deserve more recognition.

SC: Russia is pretty famous for its behemoth books. Do you see the trend of the popular Russian “big book” waning anytime soon? Do you have any thoughts on this cultural phenomenon?

LH: I think mammoth books are here to stay. As someone whose favorite novel is War and Peace, I’m a fan, too, if the books are compelling. I’m now enjoying Sergei Kuznetsov’s 850-page Kaleidoscope, which contains dozens of characters in dozens of chapters that take place during 1885–2013. Given 2016’s Big Book and Booker shortlists, I’m absolutely floored that Kaleidoscope didn’t make those lists.

SC: Wow, that’s a lot for one book to cover. What is it about Kaleidoscope in particular that is so compelling?

LH: What I enjoy is reading about upheaval and how it affects and even connects characters that pop in and out of the chapters like pieces in a kaleidoscope. I’m about halfway through and there’s been a lot about war: World War I, World War II, multiple wars in Afghanistan, the Cold War… There’s also a lot about the idea of the end of history, mentions of Nietzsche saying God is dead, and numerous references to literature: Heart of Darkness and The Island of Doctor Moreau come to mind first. (The novel has a lengthy bibliography of inspirations.) I love not knowing what to expect when I start a new chapter.

SC: I’m sure that some translators would be intimidated to take on such a long project. What is it like to translate such massive books? Does it require a kind of stamina? Do you ever struggle to make it through a translation?

LH: I’ve never translated a book that massive! The longest on my list is Guzel Yahkina’s Zuleikha Opens Her Eyes, weighing in at a relatively measly 106,000 words (five hundred pages). In some ways, I think short stories are more difficult than long novels because you have so little material to go on to create your English-language poetics for the translation. Work on novels begins very slowly for me—it feels like I’ll never finish—but then there’s a point where I find I’m working much, much faster and feeling like my decisions come easier. The last drafts are always my biggest struggle, though: I love the feeling that the book has come together, but reading that last draft on paper is tough because I’m doing picky things like checking for typos and finding better translations for a fairly short list of words I’m still not happy with. I do my very last reading on an electronic reader, which is kind of fun because the book looks so different and I always find some awkward phrasing.

SC: And what about female Russian authors? Were there many shortlisted this year?

LH: This year’s Big Book winners—there are three jury awards and three reader awards—included Maria Galina and Ludmila Ulitskaya. They won three of the six awards. Anna Matveeva was also shortlisted, both this year and last, when she won second prize from readers. Last year Guzel Yakhina won the jury and reader awards for Zuleikha Opens Her Eyes, which I’m translating. Also this year, Narine Abgaryan was a co-winner of the Yasnaya Polyana Award for her Three Apples Fell from the Sky; I’m translating Apples, too.

SC: How well do you think women are represented in the Russian literary scene?

LH: Honestly—because of how I regard books—it’s difficult for me to say how any category of writers is represented in the contemporary Russian literary scene. From my perspective, which is fairly limited and, of course, skewed in many ways, toward personal taste and an eye on translation potential, I see a lot of high-quality fiction from female authors: beyond those I mentioned above, there are Margarita Khemlin and Marina Stepnova, both of whom I’ve translated, as well as Alisa Ganieva, Elena Eltang, Ludmila Petrushevskaya, and Tatyana Tolstaya. And that’s just a few. Even when/if there aren’t always a lot of women on shortlists, I often get a very nice sense of quality over quantity. I think the 2015 and 2016 Big Book results, which are determined by a very large jury (I’m a member), are a good indication of that. This year’s Booker shortlist, however, included no women.

One of the most prominent women in contemporary Russian literature is Elena Shubina, who has her own imprint at publisher AST: she published this year’s National Bestseller and Booker winners, and all but one of this year’s Big Book laureates. Plus the top jury winners of the Big Book for the last three years. She’s a real force and she has a great nose for fiction. She’s been editing lots of good authors for years. I love finding her name in books from her time at the now-defunct Vagrius, which published many excellent books in the 1990s and 2000s: Mikhail Shishkin, Oleg Pavlov, and Vladimir Makanin are a few of her Vagrius authors I just picked off the shelf. Beyond all that, Elena has a great sense of humor, so it’s tremendous fun to talk with her about books, particularly since I seem to translate many of her authors.

SC: Who are some of your favorite Russian authors today?

LH: Vodolazkin is a real favorite because there’s something about his language that feels so, hmm, native to me, even when the subject matter is very distant from my professional and personal experience, as it often is. I tend to look more at favorite books than authors, and I only translate books I truly enjoy and love (I’m a very lucky translator), so I certainly can mention Margarita Khemlin, Marina Stepnova, Guzel Yakhina, Vladislav Otroshenko, Vadim Levental, and Narine Abgaryan, but of course there are many more!

SC: I’m always interested in idioms in other languages. Are there any Russian idioms that you wish would make their way into the English language? For example, I’m always wishing we used the Spanish idiom “open a box of thunder,” which is essentially the equivalent of English’s “open a can of worms.”

LH: It’s not exactly an idiom, but when everyone suddenly goes silent, people often say, “a policeman was born.” I’m not sure where that comes from and don’t really want to know because I find it so peculiar that I like reinventing the origin.