When Translation Is an Impossible Fairy Tale

I first encountered Han Yujoo’s work when I was asked to translate her short story “Black-and-White Photographer” for the Seoul International Writers’ Festival. 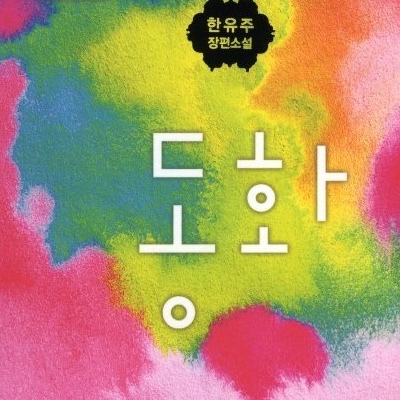 I still remember the way my heart quickened as I read each terse line. Though I cannot say I caught the story’s deeper meaning right then, several aspects stood out immediately: the chilling lyricism of her unadorned sentences; her use of repetition to hypnotic effect; the unusual way she moved the narrative forward; and her exquisite interweave of the text with wordplay and double entendres (little did she know I had a weakness for puzzles).

Being the neurotic perfectionist that I am, I had numerous questions. We corresponded via email and Han was pleased with the solutions I’d settled on for all the wordplay and the trickier parts of the text. Being a translator herself, she expressed sympathy for what she had put me through, and from that point, a bond (dare I say friendship?) was formed.

Known as one of the most innovative writers in Korea, Han has been probing the impossibility of reproduction through language not only in The Impossible Fairy Tale, but also in her three collections of short stories and her newest novel, soon to be published in Korea. Naturally many of the methods she uses to conduct her “language experiment” apply only to the Korean language, so as the translator attempting to replicate this impossibility in another language, I faced what I call a double impossibility. In other words, not everything in the Korean text survived the transfer into English. It was simply not possible to keep each meaning, especially when dealing with double entendres, word scrambles, and half-palindromes.

Let me give you an example. The Impossible Fairy Tale opens with three simple lines. I’ve produced their literal translations here:

The next few pages depict a dog that is drifting down a river. This dog is not mentioned again for the rest of the book, except very briefly in Part 2 among the author’s notes—“the dog swimming in the Han River”—and then finally at the end of the book.

I simply accepted these scenes for their evocative and unusual imagery, and so it was only much later, just out of my own curiosity really, that I asked Han about the significance of the dog. What she told me made me smack my own forehead, awestruck.

In Korean, “the child” can be abbreviated from 그 아이 (geu ai) to 걔 (gyae), and 걔 (the child = gyae) sounds and looks almost indistinguishable from 개 (dog = gae). So from the very first page Han establishes the relationship between the Child and dog. She explained to me that in Part 1 the Child is treated no better than an animal, and in Part 2—because of the heinous crime she commits—she becomes no better than an animal. (Han initially considered submerging the Child in the river but in the end decided to rely on the abbreviation of “the child” to do the work in drawing the connection between the Child and dog.)

Now how was I to work this complicated abbreviation business into three lines?

In the end I relied upon creative license and threaded some dog imagery (“we’ll all be dog-tired,” “a kind of guilt dogged me,” “a dog-eat-dog world,” etc.) into the text in scenes relating specifically to the Child. The best and most natural place to do this seemed to be in the author’s journal in Part 2, when the author is thinking about the novel she plans to write, which we understand to be The Impossible Fairy Tale. To help this connection along in the translation, Han also added a short brand-new scene.

Since we’re discussing the beginning of the book, here’s another thing. For a reason that escapes me now, I thought the first three lines would be a great place to tackle an entirely different issue. Given that the act of looking is important in the book—whether it is the Child looking at Mia, the reader looking at Mia, or the reader looking (or not looking) at the Child—I decided to set up the “looking” motif right off the bat and made the following changes:

My editor at Graywolf, Ethan Nosowsky, liked this new version, but made an even better, ingenious suggestion. He mentioned how he was reminded of the early Dick and Jane readers—“See Spot run,” etc.—and thought “see” might be nice, which would also tie in the fairy tale aspect of the book. And that’s how we arrived at the final result:

John Ciardi called translation “the art of failure.” (The fact that this quotation is often misattributed to Umberto Eco seems a case in point.) Never did I feel the truth of this statement more keenly than when I was translating The Impossible Fairy Tale. At the same time, when an unforeseen, near-perfect solution seemed to land straight in my lap, I couldn’t help but feel that there was some gain as the original text was set forth in a new language.

Join the Center in welcoming Han Yujoo to San Francisco next Thursday, April 27! The author will be in conversation with Scott Esposito at The Lab. More details!

Read an excerpt from The Impossible Fairy Tale, published as a Two Lines Online Exclusive.