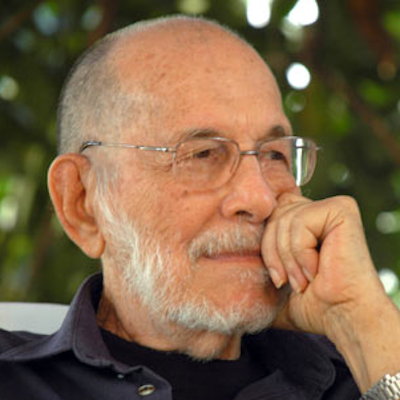 Author, Spanish
Abelardo Estorino (1925–2013) was a renowned Cuban playwright and director. Recipient of the 1992 Premio Nacional de Literatura and the 2002 Premio Nacional de Teatro, Estorino wrote twenty-five original plays, including El robo del cochino (The Theft of the Pig, 1961), which opened Cuban drama to issues emerging from the revolution after 1959, and La casa vieja (The Old House, 1964), which dramatized intergenerational family conflicts in a Cuba that was coming to terms with the sea change underway. His work has been staged in more than a dozen countries throughout the Americas and Europe. In addition to his recognition as a playwright, Estorino won numerous awards as a director with the long-influential Cuban theater company Teatro Estudio. (Photo credit: Periodico Trabajadores)
Journals