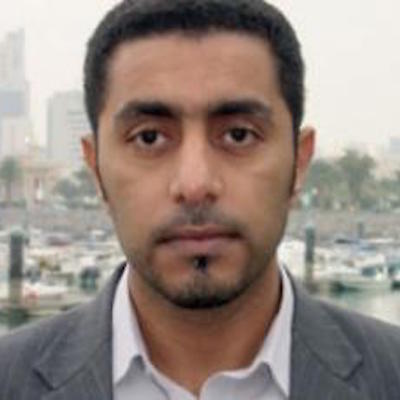 Author, Arabic
Born in 1975, Bahraini poet Ali Al Jallawi began writing poetry at the age of fourteen. His early work was characterized by revolutionary and political ideas, and he was imprisoned for three months at the age of seventeen after writing a poem in which he criticized the Bahraini regime. He was arrested again in 1995, during the uprising in Bahrain, and imprisoned until 1998, the period covered in his memoir, God After Ten O’Clock. His collections of poetry include Al Madina Al Akhira, Dilmuniyat I, Dilmuniyat II, and Tashta’il karazat nahd. During the crackdown against the pro-democracy protests in Bahrain earlier this year, Ali Al Jallawi fled the country and is now in exile in Europe. (Photo credit: The Culture Trip)
Journals