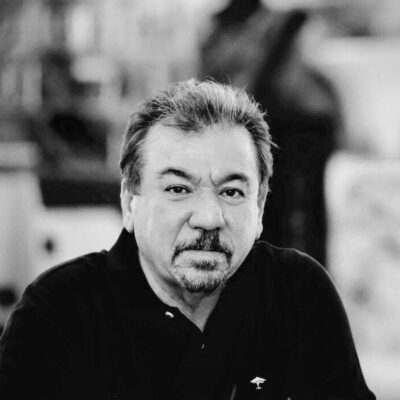 Author, Kurdish
Bakhtiyar Ali is a prolific Kurdish novelist, essayist, and poet born in the city of Sulaymaniyah in Iraqi Kurdistan in 1960. He began his career as a poet and essayist but later established himself as an influential novelist. He was unable to publish most of his work before 1991 due to the strict censorship under Saddam Hussein. In 2017, he received Germany’s prestigious Nelly Sachs Prize, marking the first time the prize was awarded to a writer working in a non-European language. In 2016 his novel Ghezelnus u baxekani xeyal was published in English as I Stared at the Night of the City in Kareem Abdulrahman’s translation. It was the first Kurdish-language novel to be published in English. Since the mid-1990s, Ali has been living in Germany.
Books