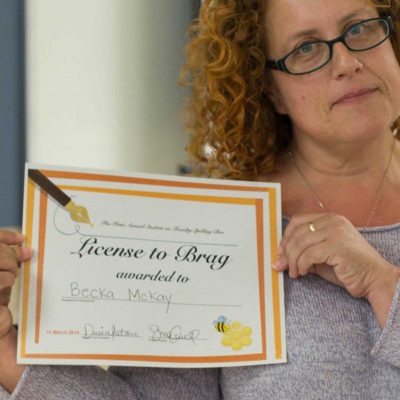 Translator, Hebrew
Becka Mara McKay earned an MFA in creative writing from the University of Washington and an MFA in literary translation from the University of Iowa, where she also received a PhD in comparative literature. Her first book of poems, A Meteorologist in the Promised Land, was published by Shearsman Books in 2010. She has published three translations of fiction from the Hebrew: Laundry (Autumn Hill Books, 2008), Blue Has No South (Clockroot, 2010), and Lunar Savings Time (Clockroot, 2011). She has received awards and grants from the Seattle Arts Commission and the American Literary Translators Association, and a Witter Byner Poetry Translation Residency. In 2006 she was nominated for a Pushcart Prize. Her poems and translations have appeared in American Letters & Commentary, ACM, Third Coast, The Iowa Review, Hotel Amerika, Rhino, Natural Bridge, Rattapallax , and elsewhere. (Photo credit: University Press)
Journals
Print Journals