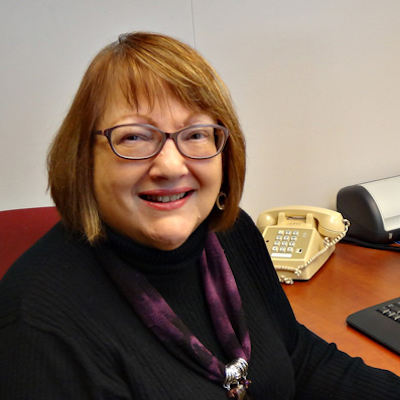 Translator, Galician
Carys Evans-Corrales has published several short stories in Galician (a language spoken in northwestern Spain), and has translated a book of Galician prose-poems by Miguel-Anxo Murado. Her translations of work by Spanish authors include two sets of children’s plays, one by Alfonso Sastre and the other by Pilar Enciso and Lauro Olmo; her translations of works by Latin American authors include a work by Puerto Rican memoirist Loreina Santos Silva and a reference book on the cave art of the Americas by Argentine anthropologist Juan Schobinger. She was raised in Singapore and Malaysia, spent three years in Jamaica, and taught English for twelve years at the University of Santiago de Compostela. Dr. Evans-Corrales is currently director of the Foreign Language Program and professor of Spanish at the University of Pittsburgh at Bradford, specializing in contemporary Spanish poetry, Hispanic narrative, and translation. She holds an MA and PhD from Rutgers University. (Photo credit: University of Pittsburgh)
Print Journals